Former Anti-GMO Founder and Activist: “I Was Wrong!” 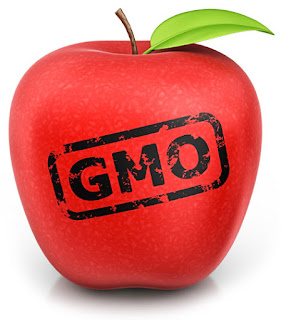 Mark Lynas is a British author, journalist and environmental activist who was one of the pioneers and most influential person in the anti-GMO movement. In a lecture in 2013 to the Oxford Farming Conference he recanted his position:

“I want to start with some apologies. For the record, here and upfront, I apologise for having spent several years ripping up GM crops. I am also sorry that I helped to start the anti-GM movement back in the mid-1990s, and that I thereby assisted in demonising an important technological option which can be used to benefit the environment. As an environmentalist, and someone who believes that everyone in this world has a right to a healthy and nutritious diet of their choosing, I could not have chosen a more counter-productive path. I now regret it completely.”

Lynas admits his views had been anti-science:

“This was also explicitly an anti-science movement. We employed a lot of imagery about scientists in their labs cackling demonically as they tinkered with the very building blocks of life. Hence the Frankenstein food tag – this absolutely was about deep-seated fears of scientific powers being used secretly for unnatural ends. What we didn’t realise at the time was that the real Frankenstein’s monster was not GM technology, but our reaction against it …. In 2008, I was still penning screeds in the Guardian attacking the science of GMO – even though I had done no academic research on the topic, and had a pretty limited personal understanding. I don’t think I’d ever read a peer-reviewed paper on biotechnology or plant science..."

Lynas soon did his research and realized that his cherished beliefs, and those of all anti-GMO activists, were all false. In his lecture he points out six common misconceptions:

---- I’d assumed that it would increase the use of chemicals. It turned out that pest-resistant cotton and maize needed less insecticide.

---- I’d assumed that GM benefited only the big companies. It turned out that billions of dollars of benefits were accruing to farmers needing fewer inputs.

---- I’d assumed that no-one wanted GMO’s. Actually what happened was that Bt cotton was pirated into India and roundup ready soya into Brazil because farmers were so eager to use them.

---- But what about mixing genes between unrelated species? The fish and the tomato? Turns out viruses do that all the time, as do plants and insects and even us – it’s called gene flow

Lynas on how GMO’s can help save the environment:

“…we have very serious environmental challenges to tackle. Land conversion is a large source of greenhouse gases, and perhaps the greatest source of biodiversity loss. This is another reason why intensification is essential – we have to grow more on limited land in order to save the rainforests and remaining natural habitats from the plough.”

Lynas discusses the looming human catastrophe and that only the wealthy nations can afford to be anti-GMO, at the expense of the poor. He quotes Norman Ernest Borlaug (1914 – 2009), who, according to the Wikipedia entry “was an American biologist, humanitarian and Nobel laureate who has been called ‘the father of the Green Revolution,’ ‘agriculture's greatest spokesperson’ and ‘The Man Who Saved A Billion Lives.’”

“I now say that the world has the technology — either available or well advanced in the research pipeline — to feed on a sustainable basis a population of 10 billion people. The more pertinent question today is whether farmers and ranchers will be permitted to use this new technology? While the affluent nations can certainly afford to adopt ultra low-risk positions, and pay more for food produced by the so-called ‘organic’ methods, the one billion chronically undernourished people of the low income, food-deficit nations cannot.”

In many cases GMO crops will actually reduce the need for pesticides and other chemicals:

“But organic is in the way of progress when it refuses to allow innovation. Again using GM as the most obvious example, many third-generation GM crops allow us not to use environmentally-damaging chemicals because the genome of the crop in question has been altered so the plant can protect itself from pests. Why is that not organic?”

“If you look at the situation without prejudice, much of the debate, both in terms of anti-biotech and organic, is simply based on the naturalistic fallacy – the belief that natural is good, and artificial is bad. This is a fallacy because there are plenty of entirely natural poisons and ways to die, as the relatives of those who died from E.-coli poisoning would tell you.”

The sad reality is that the anti-GMO movement has the potential to do incalculable harm:

“The second example comes from China, where Greenpeace managed to trigger a national media panic by claiming that two dozen children had been used as human guinea pigs in a trial of GM golden rice. They gave no consideration to the fact that this rice is healthier, and could save thousands of children from vitamin A deficiency-related blindness and death each year. This to my mind is immoral and inhumane, depriving the needy of something that would help them and their children because of the aesthetic preferences of rich people far away who are in no danger from Vitamin A shortage. Greenpeace is a $100-million a year multinational, and as such it has moral responsibilities just like any other large company.”

“I don’t know about you, but I’ve had enough. So my conclusion here today is very clear: the GM debate is over. It is finished. We no longer need to discuss whether or not it is safe – over a decade and a half with three trillion GM meals eaten there has never been a single substantiated case of harm. You are more likely to get hit by an asteroid than to get hurt by GM food. More to the point, people have died from choosing organic, but no-one has died from eating GM.

“The risk today is not that anyone will be harmed by GM food, but that millions will be harmed by not having enough food, because a vocal minority of people in rich countries want their meals to be what they consider natural.”

A founder of the anti-GM food movement on how he got it wrong http://www.macleans.ca/general/a-founder-of-the-anti-gm-food-movement-explains-how-he-got-it-wrong-all-wrong/