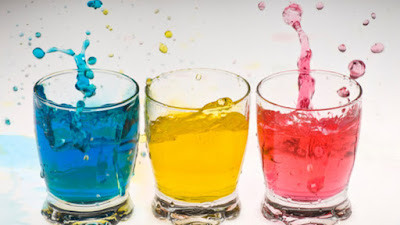 There are numerous misconceptions, myths and false health claims made for many of the beverages we consume. On the other hand, some are actually true. Here is part one – eight claims clarified, verified or debunked.

1) We MUST drink 8 glasses of water every day. MYTH


“There’s nothing wrong with liking water, but there is no scientific proof stating that you need to drink anywhere near eight glasses a day. One doctor who has made this his research focus, Dr. Heinz Valtin, searched through many electronic databases and also consulted with nutritionists and colleagues who specialize in water balance in the body. In all of his research, and in all of the research we conducted to double-check his work, no scientific evidence could be found to suggest that you need to drink eight glasses of water a day. In fact, scientific studies suggest that you already get enough liquid from what you’re drinking and eating on a daily basis. We are not all walking around in a state of dehydration.”

There is no evidence for this, and studies are scarce, for obvious reasons:

“In fact such studies are rare, partly because water can’t be patented, so it is hard to find anyone to fund such research when there will be no new medication or cosmetic to sell that could repay the costs.  A review by the dermatologist Ronni Wolf at the Kaplan Medical Centre in Israel found just one study looking at the effect of long-term water intake on the skin. But the results were contradictory. After four weeks, the group who drank extra mineral water showed a decrease in skin density, which some believe suggests the skin is retaining more moisture, while those who drank tap water showed an increase in skin density. But regardless of the type of water they drank, it made no difference to their wrinkles or to the smoothness of their skin.”

“About 25% of the bottled water sold in the United States comes straight out of a tap. It can cost over 1000 times as much as tap water. The FDA requires bottlers to identify what type of water is in every bottle. If the label says ‘from a community water system’ or ‘from a municipal source’ or something similar, you are buying the equivalent of tap water.

“The bottler might treat municipal or community water so that it meets the United States government's definition of ‘purified water,’ ‘demineralized water,’ ‘deionized water,’ ‘distilled water,’ or ‘reverse osmosis water.’ It can then be labeled with those names.”

“Simply put, the refusal of water fluoridation doesn’t have any scientific support. A review on fluoride’s effect on IQ out of Harvard was waved about as the main scientific opposition, but has since been thoroughly refuted. Decades of studies in different cities in different states, involving millions of people, have concluded that there is a safe level of fluoride–one part-per-million–that can be added to water for enormous benefit to our teeth and oral health with little to no adverse effects.”

5) Vitamin water and other fortified drinks deliver on their health claims. MYTH

7)  Drinking too much soda increases the chances of getting type 2 diabetes by 26%.  FACT

“Based on data from these studies, including 310,819 participants and 15,043 cases of type 2 diabetes, individuals in the highest quantile of sugar-sweetened beverages (SSB) intake (most often 1-2 servings/day) had a 26% greater risk of developing type 2 diabetes than those in the lowest quantile (none or <1 serving/month)  …….. In addition to weight gain, higher consumption of SSBs is associated with development of metabolic syndrome and type 2 diabetes. These data provide empirical evidence that intake of SSBs should be limited to reduce obesity-related risk of chronic metabolic diseases.”

8) Artificial sweeteners are considerably sweeter than regular sugar, possibly resulting in an increased craving for sweet food and drinks.  FACT