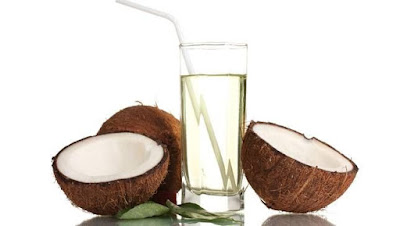 There are numerous misconceptions, myths and false health claims made for many of the beverages we consume. On the other hand, some are actually true. Here is part two – eight claims clarified, verified or debunked.

“When it comes to choosing between sodas and juices in the beverage aisle, the juice industry has long benefited from a health halo. We know that juice comes from fruit, while soda is artificial. In particular, the sugars in juice seem more ‘natural’ than high fructose corn syrup — the main sweetener in so many sodas. After all, we've gotten rid of most of the soda we used to offer kids at school, but we still serve them lots of juice.

“Clinical research shows that dairy products have little or no benefit for bones. A 2005 review published in Pediatrics showed that milk consumption does not improve bone integrity in children. In a more recent study, researchers tracked the diets, physical activity, and stress fracture incidences of adolescent girls for seven years, and concluded that dairy products and calcium do not prevent stress fractures in adolescent girls. Similarly, the Harvard Nurses’ Health Study, which followed more than 72,000 women for 18 years, showed no protective effect of increased milk consumption on fracture risk.”

“Don't shy away from including soy milk in your diet out of a fear of soy -- the University of Maryland Medical Center notes that soy foods are safe for most people. The exceptions are those who have soy allergies and recent breast cancer patients. Because soy products, including soy milk, contain chemicals similar in structure to estrogen, a diet rich in soy might pose a health risk if you've recently had breast cancer, which is sometimes sensitive to estrogen. As a result, further research is needed to determine soy's safety after breast cancer.”

“More than 50 epidemiologic studies of the association between tea consumption and cancer risk have been published since 2006. The results of these studies have often been inconsistent, but some have linked tea consumption to reduced risks of cancers of the colon, breast, ovary, prostate, and lung. The inconsistent results may be due to variables such as differences in tea preparation and consumption, the types of tea studied (green, black, or both), the methods of tea production, the bioavailability of tea compounds, genetic variation in how people respond to tea consumption, the concomitant use of tobacco and alcohol, and other lifestyle factors that may influence a person’s risk of developing cancer, such as physical activity or weight status.”

“An increasing number of people all around the world are turning to the nature by using the natural herbal products in both prophylaxes and treatment of different diseases. Green tea with active chemical ingredients posses diverse pharmacological properties that include anti-inflammatory, anticariogenic, antioxidant and antibacterial effects ….. This study supports the effectiveness of local application of green tea as antibacterial and anticariogenic material as it decreases the acidity of the saliva and plaque, so it is a cost-effective prevention measure, especially in developing countries.”

“A wide range of health benefits have been attributed to wheatgrass, the young grass of the common wheat plant Triticum aestivum. Its components include chlorophyll, flavonoids, and vitamins C and E. Forms of wheatgrass include fresh juice, frozen juice, tablets, and powders, with compositions varying according to their production processes, as well as to the growing conditions of the wheatgrass. Laboratory in vitro studies, mostly using the fermented wheat germ extract, have demonstrated anti-cancer potential and have identified apoptosis as a possible mechanism ….. However, all the trials were small and a number of methodological problems arose. No adverse events of wheatgrass have been reported, although some forms pose problems of tolerability. The popularity of wheatgrass continues to grow. Nevertheless, the advantages seen in the clinical trials need to be proved in larger studies before clinical recommendations for the public can be given.”

8) The antioxidant resveratrol in red wine helps to reduce the chances of getting heart disease and certain cancers.  MYTH

“Resveratrol is a polyphenol, part of the good-for-you family of antioxidants that fight cellular aging and tamp down inflammation. Antioxidants have been touted as critical allies in the body’s battle against aging and disease, and replenishing our supply of them with antioxidant-rich foods like wine, chocolate, nuts and berries has become standard nutritional advice. But can you really get these benefits from simply drinking red wine now and again? Researchers studying a group of 768 men and women in the Chianti region of Italy shows that wine as a source of resveratrol may not be such a help when it comes to avoiding heart disease, cancer and early death.

“Because few people in the Chianti region take supplements, the study’s lead author, Dr. Richard Semba of Johns Hopkins University School of Medicine says the population provided a good way to study exactly what effect average amounts of resveratrol, found in a typical western diet, could have on health. ‘We expected to find at least something. But in regard to every single outcome, the results were negative,’ he says of the findings published in JAMA Internal Medicine. Regardless of how much resveratrol, measured by its breakdown product in the urine the participants had, their rates of heart disease, cancer, and early death were the same.”