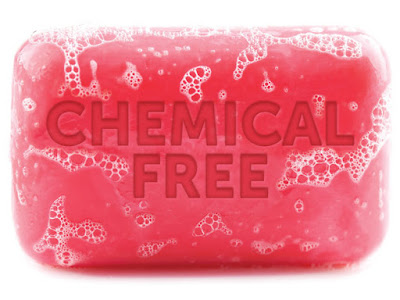 Chemophobes and alarmists led by the Food Babe would like to hush hush all the evidence disproving their emotionally-charged assertions. It is by now irrefutable that the dose makes the poison. Everything is composed of chemicals, and certain ones can be poisonous at high concentrations but highly beneficial at low. Some people believe natural chemicals are safe and synthetic ones harmful. Nothing could be further from the truth:

“At the heart of chemophobia is the fallacy of ‘appeal to nature’. This appeal makes the assumption that anything ‘natural’ is good and anything ‘unnatural’ is bad. As anyone with a knowledge of chemistry will know, the line between natural and unnatural chemicals is a blurred one, or even totally non-existent. Furthermore, there are many natural compounds which are very toxic (such as botulinum toxin, strychnine, lead acetate, asbestos, snake and spider venom, cardiac glycosides, cyanide, aristolochic acid, hexavalent chromium compounds…). The line between safe and unsafe is also not always so clear (due to e.g., individual allergies or risk-benefit analysis), but generally the dose makes the poison, whether natural or synthetic.”

19 Examples - The Dose Makes the Poison

1) Caffeine is found naturally in chocolate, coffee, tea and is added to sodas. Trichloroethylene is a corrosive solvent used in grease cutters and paint removers. Which is more toxic? Caffeine! If a person ingests 50 times the safe dosage of caffeine in a short time, start making the funeral arrangements. Trichloroethylene is not harmless, but ingesting the same amount of this seemingly more dangerous substance is actually less harmful than caffeine!

2) Every cup of coffee contains a huge number of chemicals, with over 1000 aroma compounds. Some of those chemicals are dangerous, even deadly, in high doses. The millions of cups safely consumed every hour globally attests to the simple fact that the dose makes the poison:

“For example, coffee contains 4-methylimidazole, which the US National Toxicology Program (NTP) has identified as a carcinogen. The compound is used to manufacture many products, from dyes to agricultural chemicals and rubber. But it can also form through the Maillard reaction in foods and drinks, particularly those with a caramel flavour such as Cola. The levels of 4-methylimidazole in cola drinks are similar to those in coffees, says Takayuki Shibamoto, at the Department of Environmental Toxicology at the University of California, Davis, US.”

3) Water can kill you if you gulp in too much too fast. This is named “water intoxication” and will swell brain cells. A few sips pose no risk, but the risk increases as the “dose” increases.

4) Drinking too much alcohol can lead to fatal alcohol poisoning. Smaller, managed amounts, on the other hand, allow the liver to break it down and prevent a harmful build up. This is true for most people, but like any chemical, some people are more vulnerable or resistant than others.

6) Toothpaste contains sodium fluoride, which is toxic in large amounts. The average person would have to ingest 33 tubes of toothpaste to receive the toxic effect.

7) Anti-vaxxers like to point to the formaldehyde content in vaccines and deem this harmful. What they don’t know, and their movement will never tell them, is that a regular pear contains 12,000 units of formaldehyde, while the average vaccine only contains 100 units!

8) Cooking or burning foods creates a chemical named heterocyclicamine, which can cause cancer in large amounts. The miniscule amount ingested in people’s regular diets is safe.

9) Aflatoxins are found in milk and most cereals. They have caused cancer in monkeys, mice, rats, hamsters, rainbow trout and ducks. Breakfast eaters would need to consume a bathtub full of their favorite cereal to get any harmful effect.

10) The chemical acetaldehyde is naturally found in broccoli, apples, onions, oranges, strawberries, lemons and mushrooms. This is a known carcinogen that many plants naturally produce for protection from predators. Luckily for humans we don’t eat our fruits and veggies like a pig feasting in a bottomless trough. The limited amount we eat daily keeps us from harm.

11) Nitrates are present in celery, lettuce, kale and rhubarb. They are known carcinogens but not even vegans can consume enough to make them ill.

12) The aromas from floor wax, paint, PVC plastic, nail polish and the substance that emits the mysterious new car smell all contain potential cancer-causing substances. Most people aren’t rich enough to buy a new car every week, so there is no danger to the down-and-out average working stiff.

13) Some wine-lovers were alarmed when word got out that all California wines contain trace levels of the harmful substance glyphosate. One spokeswoman complained: “It has to stop now. It is poisoning America and destroying future of this great country. If we don’t face up to the overall contamination from glyphosate, we can’t change it.” The counterargument from a scientific, evidence-based spokeswoman: “You would have to drink 2,500 glasses of wine a day for 70 years to reach the EPA’s level of concern. We are talking about minuscule, trace amounts.” The Environmental Protection Agency enforces a safety buffer of 10 times the dose that could harm.  Recommendation: A single glass of wine during a quiet, reflective evening helps soothe away unfounded anxieties and suspicions.

15) If the dosage does NOT make the poison – please stay away from all potatoes:

“A greened potato indicates the presence of a toxin that can cause gastrointestinal distress, induce coma or even death within 24 hours of consumption.  Most people can easily cope with the solanine in the average portion of potato and show no symptoms of poisoning because the body can break it down and rapidly and excrete the products in the urine. But if the level of solanine is as high as 40 mg per 100 g of potato, symptoms include diarrhea…even coma.”

16) If you believe the alarmists, it should follow that you will avoid Vitamin A to save your life:

“Vitamin A is essential for proper functioning of the human body. But too much can cause liver damage, as well as other problems. In fact, the material safety data sheets for various forms of vitamin A look pretty scary, and (with their descriptions of animal carcinogenity, skin irritation, etc.) make them sound like things you'd want to keep away from your body at all costs. If you didn't know beforehand what the chemicals in question were, you'd think they were hazardous poisons (and, indeed, they are, like oxalic acid, described as hazardous). If the dose did not make the poison, you'd have to stay away from pretty much every food ever.”

17) Local governments placing fluoride in drinking water has caused concern for some. Once again, the exposure levels are so low the risks are non-existent:

“Starting in 1962, the United States Public Health Service (PHS) recommended that public water supplies contain between 0.7 and 1.2 milligrams of fluoride per liter (mg/L) of drinking water to help prevent tooth decay. This recommendation was updated in 2015 to a fluoride level of 0.7 mg/L, The change was made in part to account for the fact that people now get more fluoride from other sources (such as toothpaste) than in the past. (Natural drinking water sources in the US have an average fluoride level of about 0.2 mg/L, although in some places it can be much higher.)

“The US Environmental Protection Agency (EPA) has set a maximum amount of fluoride allowable in drinking water of 4.0 mg/L. Long-term exposure to levels higher than this can cause a condition called skeletal fluorosis, in which fluoride builds up in the bones. This can eventually result in joint stiffness and pain, and can also lead to weak bones or fractures in older adults.”

18) Alarmist groups are far from being honest in reporting their “scientific” findings. Carcinogens are harmful only at elevated doses:

“Many times, activists will call for bans or hype risks about products that contain trace amounts of chemicals that are ‘classified carcinogens.’ Government and scientific bodies around the world have developed such classification systems to indicate that at some exposure level and under some circumstance a chemical might increase cancer risk. Such listings do not mean that the chemicals cause cancer to humans exposed to trace amounts found in consumer products. In some cases, these assessments list chemicals as ‘carcinogens’ because they are associated with cancer among workers exposed to very high amounts over decades. These studies are of limited relevance to workers today who employ safety measures, and even less relevant to consumer exposures. A large number of chemicals end up on cancer lists simply because they cause tumors in rodents exposed to massive amounts, which also has little relevance to human exposures.

“The Environmental Working Group (EWG), for example, recently applauded McDonald’s for eliminating coffee Styrofoam cups, which are made with the chemical styrene, because EWG notes, ‘The International Agency for Research on Cancer classifies styrene as a known carcinogen.’ Similarly, a group called to California Clean Water Action warns: ‘The International Agency for Research on Cancer (IARC) has determined that styrene is a known lab-animal carcinogen and a possible human carcinogen, particularly in the occupational setting, with the strongest evidence coming from reinforced plastics workers.’

“If you are alarmed about those claims, you should stop eating pickles on your burgers and drinking coffee because both pickles and coffee are also IARC-listed ‘possible human carcinogens.’ In fact, the ‘possible’ category indicates a very low risk. It is akin to saying, ‘There isn’t much evidence of harm, but we cannot prove otherwise.’ In fact, IARC could not find significant risk even among workers exposed to relatively high levels of styrene.”

“The Hazardous 100+ List of Chemicals of High Concern represents a small subset  of  all  inherently  hazardous chemicals of concern to which humans and the environment may be exposed in certain consumer products. Scientists have established links between exposures to many of these chemicals and chronic diseases and health conditions, including cancer, infertility, learning and developmental disabilities, behavioral problems, obesity, diabetes, and asthma.”

Trace levels and decades of research undermine their conclusions:

“Here green groups condemn chemicals for their hazardous profiles and potential ‘links’ to myriad health problems—no studies needed. They developed their list of 100 ‘hazardous’ chemicals based on government ‘chemicals of concern’ lists, which are developed not by comprehensive scientific risk review processes, but by politicians and regulators responding largely to media hype generated by environmental activists. The lists include such substances as formaldehyde (which the human body itself produces through respiration), bisphenol A, styrene, and more. All the chemicals listed are approved as safe at the trace levels found in consumer products by various government agencies around the globe. Many of these chemicals have been used for decades without any evidence of health problems.”

Use TOXNET to find:
-Specific chemicals, mixtures, and products
-Chemical nomenclature
-Chemicals that may be associated with a disease, condition or symptom
-Chemicals associated with consumer products, occupations, hobbies, and more
-Special toxic effects of chemicals in humans and/or animals
-Citations from the scientific literature
https://www.nlm.nih.gov/pubs/factsheets/toxnetfs.html