The Folly of Fearing Glyphosate (Roundup) 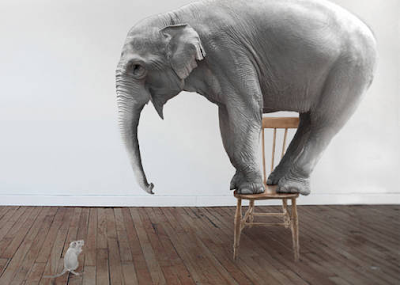 The new, modern-day idea of science (for some) is science by Facebook, science by hysteria, science by thinking with one’s emotions, and science by simplistic one-liners. Any possibility of critical thinking or actual research is immediately and summarily dismissed by the magic phrase “It’s a conspiracy!” Panic over use of the herbicide glyphosate is a perfect example of unsubstantiated fear-mongering and instigating reckless anxiety. Self-appointed “experts”, most with zero education, are highly skilled smooth-talkers and master manipulators who happily prey on those not very well-versed in basic science.


How the delusion began:

“When Aaron Blair sat down to chair a week-long meeting of 17 specialists at the International Agency for Research on Cancer (IARC) in France in March 2015, there was something he wasn’t telling them. The epidemiologist from the U.S. National Cancer Institute had seen important unpublished scientific data relating directly to a key question the IARC specialists were about to consider: Whether research shows that the weedkiller glyphosate, a key ingredient in Monsanto’s best-selling RoundUp brand, causes cancer.

“Previously unreported court documents reviewed by Reuters from an ongoing U.S. legal case against Monsanto show that Blair knew the unpublished research found no evidence of a link between glyphosate and cancer. In a sworn deposition given in March this year in connection with the case, Blair also said the data would have altered IARC’s analysis. He said it would have made it less likely that glyphosate would meet the agency’s criteria for being classed as ‘probably carcinogenic.’

“But IARC, a semi-autonomous part of the World Health Organization, never got to consider the data. The agency’s rules on assessing substances for carcinogenicity say it can consider only published research – and this new data, which came from a large American study on which Blair was a senior researcher, had not been published……..Blair told Reuters the data, which was available two years before IARC assessed glyphosate, was not published in time because there was too much to fit into one scientific paper……..The National Cancer Institute also cited ‘space constraints’ as the reasons why the new data on glyphosate was not published………Asked in the same deposition whether IARC's review of glyphosate would have been different if the missing data had been included, Blair again said: ‘Correct.’”

“One of the largest and most highly regarded studies to examine effects of pesticide use in real life is the Agricultural Health Study, a prospective investigation of about 89,000 agricultural workers, farmers and their families in Iowa and North Carolina. Since the early 1990s, it has gathered and analysed detailed information on the health of participants and their families, and their use of pesticides, including glyphosate.

“AHS researchers have published numerous studies from their data. One paper looking at glyphosate and possible links with cancers was published in 2005. It concluded that ‘glyphosate exposure was not associated with cancer incidence overall.’ Since then, more data has been collected, adding statistical power to subsequent AHS analyses.”

Confirmation bias has its consequences:

“All of this points up just how politicized questions like the safety/carcinogenicity of glyphosate have become. The subtle and difficult-to-interpret results of animal experiments and studies of agricultural workers easily lend themselves to what different specialists with different points-of-view may wish to find in them. Meanwhile the overlay of strong beliefs and ideological commitments threatens to obscure what the science has to say on a question of enormous economic importance.

“What is at stake in this latest iteration of the clash over environmental threats is enormous. First, there is the possibility that a product that is cheap, safe, and effective will be restricted or banned, reducing crop yields and requiring substitution of products about which less is known and which may pose a greater danger. Second, controversies like this cause unnecessary confusion and alarm in the public and divert attention from issues that really do matter. Third, by doing so, they add to the already considerable distrust of science.”

“However, it is notable that the only large cohort study of high quality found no evidence of an association at any exposure level. Glyphosate has been extensively tested for genotoxic effects using a variety of tests in a wide range of organisms. The overall weight of evidence indicates that administration of glyphosate and its formulation products at doses as high as 2000 mg/kg body weight by the oral route, the route most relevant to human dietary exposure, was not associated with genotoxic effects in an overwhelming majority of studies conducted in mammals, a model considered to be appropriate for assessing genotoxic risks to humans. The Meeting concluded that glyphosate is unlikely to be genotoxic at anticipated dietary exposures.”

Beer and Oktoberfest are not the only things that Germans do right:

“The German Federal Institute for Risk Assessment (BfR) has already completed the draft re-assessment report on health risk assessment. For this purpose, more than 150 new toxicological studies were evaluated for the first time and are described in detail in the draft report by BfR. In addition, all available toxicological studies (nearly 300) were re-assessed from the point of view of compliance with actual quality standards in study conduction and confirmation of interpreted results. Furthermore, about 900 publications from scientific journals have been considered in the draft report and more than 200 publications were reviewed in detail. In conclusion of this re-evaluation process of the active substance glyphosate by BfR the available data do not show carcinogenic or mutagenic properties of glyphosate nor that glyphosate is toxic to fertility, reproduction or embryonal/fetal development in laboratory animals.”

“An extensive database exists for evaluating the carcinogenic potential of glyphosate, including 23 epidemiological studies, 15 animal carcinogenicity studies, and nearly 90 genotoxicity studies for the active ingredient Glyphosate. These studies were evaluated for quality and results were analyzed across studies within each line of evidence. The modified Bradford Hill criteria were then used to evaluate multiple lines of evidence using such concepts as strength, consistency, dose response, temporal concordance and biological plausibility. The available data at this time do no support a carcinogenic process for glyphosate. Overall, animal carcinogenicity and genotoxicity studies were remarkably consistent and did not demonstrate a clear association between glyphosate exposure and outcomes of interest related to carcinogenic potential.”

“After almost forty years of commercial use, and multiple regulatory approvals including toxicology evaluations, literature reviews, and numerous human health risk assessments, the clear and consistent conclusions are that glyphosate is of low toxicological concern, and no concerns exist with respect to glyphosate use and cancer in humans …… There was no evidence of a carcinogenic effect related to glyphosate treatment. The lack of a plausible mechanism, along with published epidemiology studies, which fail to demonstrate clear, statistically significant, unbiased and non-confounded associations between glyphosate and cancer of any single etiology, and a compelling weight of evidence, support the conclusion that glyphosate does not present concern with respect to carcinogenic potential in humans.”

Responsibilities of the EPA, USDA and FDA:

“The EPA sets maximum safe levels of pesticide residues for crops (called tolerances), based on the latest science. These tolerances are hundreds of times higher than estimated toxic values, and they consider a person’s total exposure to pesticides (with a wide margin of error to protect children and others who may be vulnerable). The USDA tests crops each year to make sure they don’t go above the tolerances. Very few pesticides are found above the tolerance levels (despite what the Dirty Dozen list claims). If the USDA finds any pesticides above the set tolerance, or finds pesticides on crops where they aren’t supposed to be, they report that information to the FDA. The FDA puts the teeth in this whole system. They have the regulatory power to start recalls, levy fines, turn back foods at the ports, and so on.”

An explanation of how the dose makes the poison:

“So, let’s put this in some sort of simple math. Generally, a farmer uses less than 450 grams of glyphosate (that’s 16 ounces for barbarians) per acre of corn. An average acre of corn in the USA produces approximately 9000 ears of corn.

“Even if every microgram of glyphosate is on your ear a corn, even a 25 kg child could probably safely consume that fully contaminated (and not realistic) ear of corn. But here’s the simplest of simple math–glyphosate is not sprayed directly on the ears of corn. Glyphosate suppresses weeds, and would kill corn if sprayed directly. So the amount on that ear of corn is basically undetectable. So, the amount of glyphosate that you consume is almost nothing, but far below the 2 mg/kg/day limit that has been established as very conservatively safe.”

Dr. Joe Schwarcz exposes a shameless pseudo-scientist, who is typical of the fear-mongers and conspiracy theorists:

“Enter Stephanie Seneff, Ph.D., who is a Senior Research Scientist at the MIT Computer Scientist and Artificial Intelligence Laboratory with no expertise in toxicology, agronomy, or epidemiology. For some reason she has become convinced that glyphosate is the devil incarnate and has published articles linking the chemical to gastrointestinal disorders, obesity, diabetes, heart disease, depression, Alzheimer’s disease, and infertility. But don’t look for her papers in mainstream journals. You’ll find them in ‘play for pay’ publications such as Entropy, an ‘open access’ journal that will publish almost anything as long as the fees are paid.

“Seneff’s main thesis is that glyphosate disrupts gut bacteria and interferes with cytochrome enzymes, but she presents no relevant human evidence. The paper is peppered with phrases like ‘we believe’ and ‘exogenous semiotic entropy’, three words that have never occurred together anywhere except in this paper. There are also flagrant attempts to snow people with a mass of irrelevant data to make a case for glyphosate being the curse of our lives. Seneff’s most spurious argument, repeated in her public presentations ad nauseam, is the correlation between increased use of glyphosate and increasing rates of autism and celiac disease. What we have here is the classic fallacy of confusing ‘association’ with ‘cause and effect’. Instead of glyphosate, one could just as well link an increase in these conditions, which is itself contentious, with an increase in coffee consumption, cell phone use, flat screen TVs, Chinese imports, or sales of organic produce.”

Quick sampling of just some of the overwhelming evidence:

“It is shown that the classification of glyphosate as a probable human carcinogen was the result of a flawed and incomplete summary of the experimental evidence evaluated by the Working Group. Rational and effective cancer prevention activities depend on scientifically sound and unbiased assessments of the carcinogenic potential of suspected agents.”

“Seven cohort studies and fourteen case-control studies examined the association between glyphosate and one or more cancer outcomes. Our review found no consistent pattern of positive associations indicating a causal relationship between total cancer (in adults or children) or any site-specific cancer and exposure to glyphosate.”

“An overwhelming preponderance of negative results in well-conducted bacterial reversion and in vivo mammalian micronucleus and chromosomal aberration assays indicates that glyphosate and typical GBFs are not genotoxic in these core assays.”

“To examine potential health risks in humans, we searched and reviewed the literature to evaluate whether exposure to glyphosate is associated causally with non-cancer health risks in humans …….Our review found no evidence of a consistent pattern of positive associations indicating a causal relationship between any disease and exposure to glyphosate.”

Discussion on glyphosate begins at the 5 minute mark

Evaluation of the carcinogenic potential of Glyphosate  http://src.bna.com/eAi

THE DOSE MAKES THE POISON http://ei.cornell.edu/teacher/pdf/ATR/ATR_Chapter1_X.pdf