Hair Dyes’ Unknown Risks – Is It Worth It? 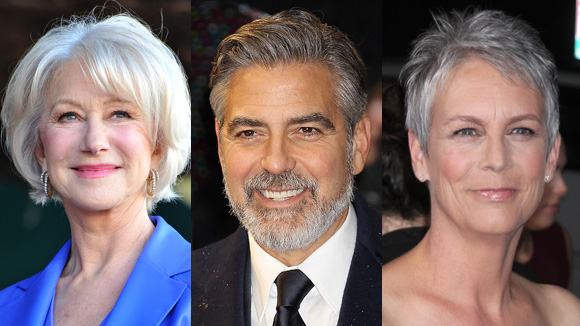 Scientists admit they are just beginning to understand how chemicals in products like hair dyes can affect the human body. Many women today find themselves under societal pressure to use hair dyes when their hair begins to go grey. While men can go grey in their mid-50s and still be considered attractive, women with greying hair don’t have that social approval. These men are often called silver foxes, while women of the same age are alarmed at “skunk lines” affecting their appearance. Most polls and studies show that 75% of women in the United States and Canada regularly use hair dye. Many scientific studies show the chemicals in hair dyes harm a woman’s body, while other studies show no harm at all. Since we know so little, is it worth the risk?


Do hair dyes cause cancer?

“Several national and international agencies study substances in the environment to determine if they can cause cancer. The American Cancer Society looks to these organizations to evaluate the risks based on evidence from laboratory, animal, and human research studies. Some of these expert agencies have classified hair dyes or their ingredients as to whether they can cause cancer.

“The International Agency for Research on Cancer (IARC) is part of the World Health Organization (WHO). Its major goal is to identify causes of cancer. IARC has concluded that workplace exposure as a hairdresser or barber is ‘probably carcinogenic to humans,’ based on the data regarding bladder cancer. (The evidence for other types of cancer is considered mixed or inadequate.) But IARC considers personal hair dye use to be ‘not classifiable as to its carcinogenicity to humans,’ based on a lack of evidence from studies in people.

“The National Toxicology Program (NTP) is formed from parts of several different US government agencies, including the National Institutes of Health (NIH), the Centers for Disease Control and Prevention (CDC), and the Food and Drug Administration (FDA). The NTP has not classified exposure to hair dyes as to its potential to cause cancer. However, it has classified some chemicals that are or were used in hair dyes as ‘reasonably anticipated to be human carcinogens.’”

“Early hair dye formulations contained chemicals, including aromatic amines that were found to cause cancer in animals. In the mid- to late 1970s, however, manufacturers changed the components in dye products to eliminate some of these chemicals. It is not known whether some of the chemicals still used in hair dyes can cause cancer. Given the widespread use of hair dye products, even a small increase in risk may have a considerable public health impact….. Studies of breast and bladder cancer have also produced conflicting results. Relatively few studies have been published about the association of hair dye use with the risk of other cancers.”

“Scientists at the National Institutes of Health found that women who use permanent hair dye and chemical hair straighteners have a higher risk of developing breast cancer than women who don’t use these products. The study published online Dec. 4 in the International Journal of Cancer and suggests that breast cancer risk increased with more frequent use of these chemical hair products.

“Using data from 46,709 women in the Sister Study, researchers at the National Institute of Environmental Health Sciences (NIEHS), part of NIH, found that women who regularly used permanent hair dye in the year prior to enrolling in the study were 9% more likely than women who didn’t use hair dye to develop breast cancer. Among African American women, using permanent dyes every five to eight weeks or more was associated with a 60% increased risk of breast cancer as compared with an 8% increased risk for white women. The research team found little to no increase in breast cancer risk for semi-permanent or temporary dye use.”

“Researchers examined data on side effects reported to the U.S. Food and Drug Administration (FDA) from 2004 to 2016 for products like makeup, sunscreen, tattoos, hair color, perfume, shaving creams and baby care items. Overall, there were a total of 5,144 adverse events, with an average of 396 a year, researchers report in JAMA Internal Medicine.

“Side effect reports climbed 78 percent to 706 in 2015, followed by a 300 percent surge to 1,591 adverse events last year, largely driven by complaints about hair care products and WEN products in particular, the study found...... The three most commonly reported products were hair care, skin care and tattoos. Products that most often involved reports of serious health problems were baby items, which accounted for about half of these cases, followed by personal cleanliness supplies, hair care and hair color.

“Hair products, including shampoos, conditioners and styling aids, accounted for 35 percent of all adverse event reports, followed by skin care products, which made up 22 percent of the complaints...... There is little direct protection, but consumers should read labels, understand what they are buying and focus on companies with established reputations for quality.”

Are you allergic to hair dye?

“Allergic reactions to hair dye rarely appear the first time you color your hair. Instead, they show up the second, third or fourth time around, says Dr. Zoe Diana Draelos, a clinical and research dermatologist and consulting professor of dermatology at Duke University. ‘You have to develop antibodies to the dye,’ she says. ‘And that doesn't happen until after the first exposure.’

“Hair-dye allergies can happen to men or women at any age. ‘It used to be we saw it a lot more in older women, because they were the ones who dyed their hair to cover gray, as opposed to younger women who are now doing a lot more dyeing just for style and fashion purposes,’ says Draelos, who practices at Dermatology Consulting Services in High Point, North Carolina. ‘Your immune system is better when you're younger, so it's possible younger individuals might get a more dramatic reaction.’

“In the United States, the Food and Drug Administration (FDA) regulates the safety of cosmetics, including hair dyes, but there are limits on what the FDA can do. The FDA does not approve each ingredient used in hair dyes before it goes on the market, and in general the responsibility for the safety of products and ingredients falls to the manufacturers.

“The FDA can take action if any cosmetics are found to be harmful or in violation of the law (such as being mislabeled). This includes any new ingredients to be used in hair dyes ….. If cosmetics (including hair dyes) or their ingredients are found to be unsafe, the FDA can request that the company recall the product, although it can’t require a recall. The FDA can, however, take further steps if needed, such as getting a federal court order to stop sales, requesting that US marshals seize the product, or initiating criminal action.”

Alarmist groups are far from being honest in reporting their “scientific” findings. Carcinogens are harmful only at elevated doses:

“Many times, activists will call for bans or hype risks about products that contain trace amounts of chemicals that are ‘classified carcinogens.’ Government and scientific bodies around the world have developed such classification systems to indicate that at some exposure level and under some circumstance a chemical might increase cancer risk. Such listings do not mean that the chemicals cause cancer to humans exposed to trace amounts found in consumer products. In some cases, these assessments list chemicals as ‘carcinogens’ because they are associated with cancer among workers exposed to very high amounts over decades. These studies are of limited relevance to workers today who employ safety measures, and even less relevant to consumer exposures. A large number of chemicals end up on cancer lists simply because they cause tumors in rodents exposed to massive amounts, which also has little relevance to human exposures.”

“The last few years have seen a bigger-than-ever push for natural and organic beauty products. Many consumers are under the impression that components found in ‘organic’ or ‘natural’ hair products make them inherently safer. Unfortunately it's not that simple, according to the U.S. Food & Drug Administration. In fact, not only is organic hair dye not necessarily safer than synthetic hair dye, organic hair dye simply doesn't exist.

“‘Other than henna, any commercially available hair dye — store-bought for home use or found in salons — uses chemical actives for them to work,’ says Birnur Aral, Ph.D., Director of the Good Housekeeping Institute's Health, Beauty and Environmental Sciences Lab. ‘By and large, these chemicals are synthesized substances.’

“‘Even when the packaging claims to be all-natural, organic or chemical-free — which is literally impossible because everything, including organic things, are made of chemicals — that could basically be an outright lie. This is because the FDA can't do anything about the use of these terms regarding cosmetics. The FDA regulates cosmetics via the Federal Food, Drug, and Cosmetic Act and the Fair Packaging and Labeling Act, neither of which define the term "organic.’"

Designing the next generation of hair dyes:

“North Carolina State University researchers have created the largest publicly available chemical database of hair dye substances as a resource for developing a new generation of hair color products that are safer for consumers, stylists and the environment.

“The online Hair Dye Substance Database contains detailed information about the structure and properties of 313 substances in current and past commercial hair dyes. Using computer-based classification -- what's known as cheminformatics -- researchers grouped the dyes into clusters with similar structures and properties. The results revealed some surprises and promising new avenues for research.”

True Roots: One woman quits coloring her gray hair and investigates the human and environmental costs of this contentious female beauty standard https://longreads.com/2019/06/04/true-roots/