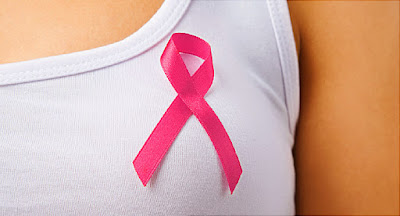 The deviousness and craftiness of alternative medicine practitioners who claim to have a cure for cancer would make any magician envious. All using the same playbook, they deceive their desperate victims all for the $90,000 sports cars and spacious and pretentious mansions. The following is a concise summary of their nine primary methods excerpted from a piece by Professor of Surgery and Oncology David H. Gorski, MD, PhD, FACS, surgical oncologist at the Barbara Ann Karmanos Cancer Institute, specializing in breast cancer surgery.

An outline of a typical cancer “cure” testimonial exposes their playbook:

“Typically, what you will see or hear is a chipper-looking and sounding person who claims that this treatment ‘cured’ his or her cancer. These testimonials almost always include many or all of these elements: First, the cancer patient receives the diagnosis, after which she is lost and suffering at the hands of ‘conventional’ doctors, who either cannot or do not wish to understand and who cannot do anything for her. Often, this will take the form of the classic alt-med cliche that the patient was ‘sent home to die.’ Then, when all hope seems lost, the patient discovers an alternative medicine ‘healer’ or treatment. It is not infrequently described in quasi-religious terms, like a revelation or something that brings the patient out of the darkness and into the light.

“Naturally, there is resistance from the patient’s doctors, family, and/or friends, who warn against it, with doctors warning of dire consequences if the patient abandons conventional medicine. But the patient, convinced by dubious practitioners, friends, and, of course, previous testimonials, ‘sees’ that the treatment ‘works’ in a way that medical science cannot and survives. Infused with fervor, the patient now wants to spread the word. Often, the patient is now selling the remedy. Perhaps you’ve seen such testimonials or heard them on the radio and thought: ‘Gee, this sounds great. I wonder if it works’…..

“The other problem with testimonials is that they don’t rise even to the lowest level of medical evidence, the anecdotal report. Anecdotal reports in medicine require a careful documentation of symptoms, lab tests, diagnoses, exact courses of treatment, and a patient’s response to treatment. Testimonials almost never present these elements in sufficient detail to judge whether the treatment actually did anything. There’s just no way of telling truth from exaggeration or fiction."

Cancer quacks prey on the fear and anxiety some people have on the aggressive treatments needed to eradicate cancer:
“Let’s face it. Cancer is definitely scary. In fact, a cancer diagnosis is very, very scary thing for anyone to face, even when it is a cancer that is treatable and potentially curable. One reason is that it’s such a common type of disease that, by the time we reach a certain age, almost all of us have seen at least one friend or loved one die of it. All too often, that death is horrific, and even when it is not the wasting and weakness that are often seen before the end provokes a visceral reaction produced by few diseases.


“Worse, the treatments of cancer can be toxic. For solid tumors, surgery, sometimes disfiguring, is often required. Radiation therapy may be needed, or, most feared of all, chemotherapy. Contrary to what is said on many websites dedicated to ‘alternative’ medicine, doctors do not ‘cut,’ ‘burn,’ and ‘poison’ cancer patients (as proponents of unscientific treatments for cancer often characterize cancer treatments) because we enjoy it or because of failure of imagination. We use them because they are the best treatments that we currently have, and, for several common malignancies, they are quite effective.”

Quacks depend on most people’s ignorance of basic cancer treatments, such as for breast cancer. This leads some to fall for unproven treatments:

“The reason breast cancer testimonials sound so convincing is that most lay people don’t know a lot about the disease, particularly that surgery alone ‘cures’ many breast cancers. Early stage cancers are cured by surgery alone more often than not, and a significant minority of patients with even large tumors and multiple positive lymph nodes still have a not insignificant chance of long term survival with surgery alone.

“I’ll start with a very common example. In the case of a lumpectomy, the local recurrence rate in the breast can be as high 30-40%. Radiation can reduce it to less than 10%. That means that women who forgo radiation are still more likely than not to avoid local recurrence in their breast, particularly if their tumor is small. In terms of distant metastases, which is what kills in the case of breast cancer and virtually all solid malignancies, chemotherapy and hormonal therapy improve survival. The improvement is small on an absolute basis in patients with early stage cancers but becomes more impressive with more advanced operable tumors.

“Because many breast cancer patients will do well with surgery alone, clinical trials with large numbers of patients are needed to find true treatment effects due to adjuvant therapies. Indeed, one of the hottest areas of cancer research is to determine molecular characteristics of tumors that will allow oncologists to differentiate women with low risk disease, who could forego chemotherapy safely, from those with high risk disease, who would be far more likely to benefit. As it is now, we give chemotherapy to the many in order to benefit the few simply because we do not know which specific women will benefit.”

In rare times of success, quack doctors attempt to convince patients that it was their treatment that worked, when in fact they just had conventional surgery:

“These facts help to explain breast cancer survivors who have undergone surgery but decided to forego chemotherapy and/or radiation therapy in favor of ‘alternative’ medicine (Suzanne Somers, for instance). When such patients have a tumor with a good prognosis, where recurrence is uncommon or have a more advanced tumor but are lucky enough not to recur, they attribute their survival not to the primary surgery, but rather to whatever alternative therapy they have decided to take, even though it almost certainly had nothing to do with their survival. To them, it was the alternative medicine that ‘saved’ them, not good old-fashioned surgery. In contrast, women who opt for alternative therapy and then recur obviously don’t provide good testimonials to sell alternative medicine, which is why you almost never hear about them. They’re bad for business.”

“Some might ask: Why do patients fall for this? It is not a matter of intelligence. In my experience, women who pursue alternative therapy are, more often than not, intelligent and/or highly educated. Instead, they do not possess sufficient scientific knowledge and/or critical thinking skills to separate truth from nonsense in medicine. Cancer and most other diseases are not something about whose therapy one can self-teach with much hope of success. However, because we all have to deal with health issues at one time or another, we all have opinions about them and, in a democratic delusion, tend to think that we can teach ourselves enough about the science of a disease to become ‘experts.’ We don’t do this so much about, say quantum physics. Few would think that they could self-educate about particle physics enough to argue against well-supported science when it comes to particle physics, but many will do so with medicine. Unfortunately, we as physicians all too often encourage such thinking by being dismissive or not listening closely enough to the complaints of our patients.”

Quacks have the time for a more personal touch. A cold, impersonal and underfunded medical system, as well as a need for control, leads some to abandon proven treatments:

“It also seems to be a question of human nature. The diagnosis of breast cancer can be emotionally devastating. Formerly self-assured women feel themselves losing control of their lives. Unfortunately, our system of medicine reinforces this feeling of loss of control, as it is all too often impersonal and even disrespectful of patients. Patients find themselves going to multiple doctor’s visits, where all too often they have to wait for hours in crowded waiting rooms to see their doctors, who then, thanks to the demands of managed care, only spend 5 or 10 minutes with them discussing a life-threatening disease. They deal with voicemail hell trying to reach their doctor when they are having problems and endure many other indignities. They often conclude from this that the system does not respect their time or them (which it often doesn’t) and that they are considered nothing more than a number, a disease, an insurance number, or money.

“In contrast, ‘alternative’ practitioners often provide the human touch that is too often missing from modern medicine. They take the time to listen to the patient and make her feel good about herself and her decision, all too often giving erroneous information about chemotherapy and radiation therapy. When a woman makes a decision to choose alternative therapy, she often sees herself as ‘taking control’ of her treatment from uncaring doctors whose treatments, she is told, do not treat the root cause of her disease. Understandably, she may feel liberated from the tyranny of HMOs, cancer centers, clinics, and hospitals and back in control of her own destiny.”

“In addition, many testimonials have religious overtones as well, where lost, suffering women misguided by conventional doctors and without hope find a savior (their ‘healer’) and/or enlightenment (the ‘alternative’ therapy) that leads her out of the darkness and into the light of good health again. Her ignoring the reportedly dire warnings of doctors (unbelievers, apostates, infidels) is validated……”

Quacks don’t have to back up their claims:

“Never forget that alternative medicine testimonials exist largely for one purpose: To sell a product. Most of them are advertisements, nothing more. They are no more ‘unbiased’ than pharmaceutical advertisements for their latest, greatest drug. In fact, they are worse, because at least the pharmaceutical companies have to be able to back up their claims with science and disclose potential adverse reactions in their ads. No such requirements exist for most alternative medical treatments, mainly because most of them claim to be supplements rather than medicines.”

“----The patient never had cancer to begin with. It was either an erroneous diagnosis by a legitimate doctor or a diagnosis based on an unscientific and unvalidated test used by the alt-med practitioner. This is more common than one might think (one example is pancreatic cancer)….
“----The patient still has cancer but …. has been told by her practitioner that she is ‘cancer-free.’ If the tumor is slow-growing, this may be convincing for many months or even a few years.”

Good News On Cancer Survivorship: What The Quacks Don’t Want You To Know
http://www.mybestbuddymedia.com/2017/02/good-news-on-cancer-survivorship.html

How To Think Correctly When Receiving A Troubling Diagnosis
https://www.mybestbuddymedia.com/2020/04/how-to-think-correctly-when-receiving.html