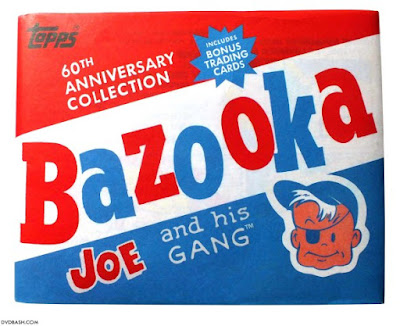 Occasionally someone says something that intuitively seems true, but is as far from reality as could be. It catches on in conversation, and now on the net, and spreads like wildfire. Soon it takes on a life of its own. So many people seem to know about it that it must be true. Does chewing gum really stay in your stomach for 7 years? Should you wait an hour after a meal before swimming? Does shaved hair grows back faster, coarser and darker? Below are ten common myths that many people think are factual.

Chewing gum stays in your stomach for 7 years


“Although it is true that many of the ingredients in gum — such as elastomers, resins and waxes — are indigestible, that does not mean they hang out in your guts for seven years. Plenty of what you eat — even things you are recommended to eat, such as fiber — is indigestible. But the digestive system is a robust piece of organic machinery, and anything it can't absorb, it moves along. Despite the stickiness and strange consistency of gum, it passes right through your digestive tract and into the toilet…."

“The concept of the sugar high is something of a parenting urban legend; plenty of research has shown that feeding kids sugar doesn’t make them hyper. What it does do, though, is prime their parents to look for signs of misbehavior. In part …. the misconception stems from the fact that sugar often marks a special occasion: When kids are stuffing themselves with birthday cake or Halloween candy, they’re already in a situation where they’re going to be naturally amped up. But parent’s ideas are reinforced by seeing it in those circumstances …. The placebo effect can be very powerful.”

“Dim light — or alternatively, staring into the multi-colored tube at close range — can undoubtedly make your eyes work so hard they hurt. But there is no evidence that these practices cause long-term damage …. The TV myth may have started in the 1960s, and at that time, it may have been true. Some early color TV sets emitted high amounts of radiation that could have caused eye damage, but this problem has long been remedied, and today's TV and computer monitors are relatively safe ….. If you or your child tend to sit so close to the computer or TV that it hurts the eyes, it may be a good idea to get checked for near-sightedness. However, sitting too close does not create a need for glasses even if getting glasses can remedy the habit.”

You should drink at least 8 glasses of water a day

“Every day you lose water through your breath, perspiration, urine and bowel movements. For your body to function properly, you must replenish its water supply by consuming beverages and foods that contain water. So how much fluid does the average, healthy adult living in a temperate climate need? The National Academies of Sciences, Engineering, and Medicine determined that an adequate daily fluid intake is:

“These recommendations cover fluids from water, other beverages and food. About 20 percent of daily fluid intake usually comes from food and the rest from drinks ….. You've probably heard the advice, Drink eight 8-ounce glasses of water a day. That's easy to remember, and it's a reasonable goal. Most healthy people can stay hydrated by drinking water and other fluids whenever they feel thirsty. For some people, fewer than eight glasses a day might be enough. But other people might need more.”

You should wait an hour after eating before you go swimming

“This myth has ruined many summer afternoons, forcing young and old to swelter in the heat while cool waters beckoned, all because they were careless enough to down a PB&J. Let the ban be lifted: There is no special reason not to swim after eating…..
“It's true that any type of vigorous exercise can be uncomfortable (although not dangerous) after an overwhelming feast. But for most of us whose waterfront dining experience includes sand-dusted chips and soggy sandwiches, that is hardly a concern. And cramps can happen anytime, whether you've eaten or not.”

“That is simply not so. But there are several reasons that the myth continues to flourish. One is the limitation of human perception. ‘People are just not very good observers, but there’s just no science behind hair growing back thicker,’ says Amy McMichael, chair of the Department of Dermatology at Wake Forest Baptist Health. There’s also the power of coincidence. Indeed, pervasive myths—if a young boy shaves his mustache it will grow back thicker—are grounded in a kernel of truth: it might. But that’s because the shaving may overlap with the timing of natural hormonal fluctuations in his body that are developing his adult facial hair, not because of his hair removal. Body hair grows at different times and at different rates for everybody.”

Ulcers are caused by spicy food

“Years ago it was accepted as fact that spicy foods were the culprits behind many peptic ulcers (ulcers in the stomach and upper portion of the small intestine). Doctors’ advice was to avoid curries, salsas, hot peppers, and anything else that “burned,” the theory being that they would literally burn the lining of your stomach (not to mention your taste buds)….

“According to the CDC, the overwhelming majority of ulcers are due to the bacteria Heliobacter pylori (up to 80 percent of stomach ulcers and more than 90 percent of ulcers in the duodenum of the small intestine). Chronic use of nonsteroidal anti-inflammatory drugs (NSAIDs), such as ibuprofen (Advil), naproxen (Aleve), and aspirin, can also damage tissues, leading to ulcers. Smoking and stress can aggravate an existing ulcer. But the belief that spicy foods can cause ulcers still lingers….

“Even though spicy foods can’t cause an ulcer, it’s recommended that if you have one you should still avoid them if they trigger pain; you should also pass on any other foods or drinks that cause discomfort, especially coffee, alcohol, chocolate, and caffeinated sodas.”

“Don't have time to dry your hair before leaving the house on a cold day? Don't worry about it! Though lots of people might tell you that a wet head, plus cold air, is bound to equal a head cold, that's simply not the case…. Germs such as viruses and bacteria, not temperature changes, make people sick. So although you might be a bit chilly if you leave home with wet hair on a winter day, that doesn't mean you'll get sick.

“However, a study published in 2015 in the journal Proceeding of the National Academy of Sciences does suggest that rhinoviruses (the viruses behind the common cold) may take advantage of cold weather. Researchers found that cold temperatures might make it easier for these cold-causing viruses to replicate by diminishing the body's antiviral immune responses.”

“Everybody's heard that chicken soup is supposedly the best cure for whatever ails you. But does this delicious food really help you get better when you're sick? Unfortunately, no. The combination of hot broth and yummy veggies is more of a comfort than a cure, he said. However, some research suggests that chicken noodle soup may work well as a placebo. In other words, it may convince you that you're getting better. So keep slurping!”

We use only 10 percent of our brains

“The human brain is complex. Along with performing millions of mundane acts, it composes concertos, issues manifestos and comes up with elegant solutions to equations. It's the wellspring of all human feelings, behaviors, experiences as well as the repository of memory and self-awareness. So it's no surprise that the brain remains a mystery unto itself. Adding to that mystery is the contention that humans only employ 10 percent of their brain. If only regular folk could tap that other 90 percent, they too could become savants who remember to the twenty-thousandth decimal place or perhaps even have telekinetic powers.

“Though an alluring idea, the ‘10 percent myth’ is so wrong it is almost laughable, says neurologist Barry Gordon at Johns Hopkins School of Medicine in Baltimore. Although there's no definitive culprit to pin the blame on for starting this legend, the notion has been linked to the American psychologist and author William James, who argued in The Energies of Men that ‘We are making use of only a small part of our possible mental and physical resources….

“Although it's true that at any given moment all of the brain's regions are not concurrently firing, brain researchers using imaging technology have shown that, like the body's muscles, most are continually active over a 24-hour period. ‘Evidence would show over a day you use 100 percent of the brain,’ says John Henley, a neurologist at the Mayo Clinic in Rochester, Minn. Even in sleep, areas such as the frontal cortex, which controls things like higher level thinking and self-awareness, or the somatosensory areas, which help people sense their surroundings, are active, Henley explains.”