How Amazon Is Cleverly Designed To Be Addictive 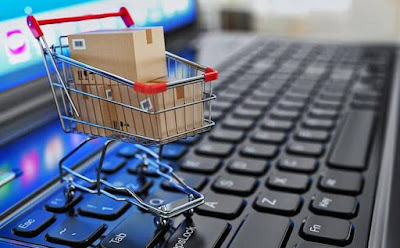 Amazon earned $87.4 billion in its fourth fiscal quarter of 2019. It now takes in 2.1% of all US household spending – an average of $1,320 for an American family that earns $63,000 a year. A former ten year Amazon high-profile executive recently revealed:


“Everything we did at Amazon was about becoming a tightly woven part of the fabric of [people’s] lives. We did that on Amazon.com and now here comes the Amazon Echo with Alexa, who tells us the weather, plays music for us, controls the lights and cooling in our houses and, yes, helps us buy things on Amazon.com. We’re getting to the point where there is going to be a massive integration. Amazon is becoming an operating system for your life.”


Amazon is shrewdly designed to turn consumers into shopaholics by use of the irresistible and enticing dopamine hit:

“For some time now, scientists have known that using social media platforms such as Facebook, Twitter, and Instagram can be addictive. Every time someone’s phone pings with a notification announcing the latest number of likes or an enthusiastic comment, the brain releases dopamine, a neurotransmitter that among other things can trigger a sense of pleasure. Users get used to these little highs and compulsively check the site to see if someone has commented on their latest post. Sean Parker, the founding president of Facebook who resigned from the social media company in 2005, once explained that to hook its users, the company exploited a ‘vulnerability in human psychology. Whenever someone likes or comments on a post or photograph, we . . . give you a little dopamine hit.’

“While social media sites such as Facebook, Instagram, and Twitter can cause social and psychological problems, Amazon is responsible for aggravating an equally serious phenomenon: shopping addiction. So powerful is its allure that some people get caught in a kind of compulsion feedback loop with dire financial consequences. The 1-Click buy button is the equivalent of getting a ping of affirmation on Facebook or Instagram. But instead of a ‘like’ from a friend, a person with a single click knows they’ll get a reward—a package arriving at their home in a day or two with some item they desire—the equivalent of receiving holiday or birthday gifts throughout the year. So, they get a double hit of dopamine—one when they click and the other when the doorbell rings with a delivery.”

Just a few examples of the addicted:

“Some have become financial victims of Amazon’s compulsion feedback loop. April Benson is a New York City psychologist who specializes in shopping addiction. In the course of her research she discovered some serious cases of addicted online shoppers, including a middle-aged woman named Constance from Long Island who recently filed for bankruptcy after accumulating $150,000 in debt. As Constance told Benson: ‘I don’t know what it’s like to be a crack head, but shopping is my crack. . . . I work 7 days a week to support my habit. . . . Something’s got to give.’

“Shopaholics are not new, but the Internet has made it easier to become one because of the convenience of shopping online. The Max Borges Agency poll of millennial and Gen Z shoppers found that 47 percent have shopped online while using the bathroom, 57 percent while working, 23 percent while sitting in traffic, and 19 percent while drunk (although one might have thought that the number of besotted shoppers would be higher). One high school teacher in the Northeast said she’d occasionally sit in bed drunk, buy stuff on Amazon, and not remember the next morning what she ordered.”

Excerpted from Bezonomics: How Amazon Is Changing Our Lives and What the World’s Best Companies Are Learning From It  by Brian Dumaine

Article: “Even Americans Who Hate Amazon Can’t Seem to Live Without It It's Designed to Be Addictive”    https://lithub.com/even-americans-who-hate-amazon-cant-seem-to-live-without-it/

Glow Kids: How Digital Dependence Turns A Habit Into An Addiction https://www.mybestbuddymedia.com/2017/06/glow-kids-how-digital-dependence-turns.html