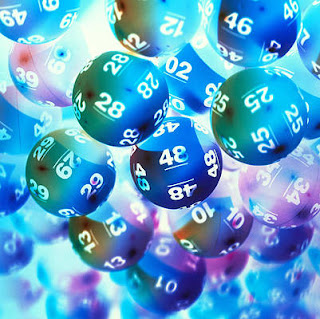 The story and history of the lottery in the US is certainly fascinating and tells us a lot about why it appeals to so many. The New Yorker magazine recently wrote about historian Jonathan D. Cohen's 2022 book "For a Dollar and a Dream: State Lotteries in Modern America". Below are 21 interesting snippets from the book and magazine article.

-----Half of Americans buy a lottery ticket at least once annually, 25% at least one monthly.

-----Both coffee and smart phones by themselves don't take in as much as lotteries.

-----The big question - should governments, that are responsible for citizen's welfare, be in the business of producing and profiting from them?

-----In England in the 16th century, the lottery winner not only won cash, but a get-out-of-jail-free card for any crime except murder, treason and piracy.

-----Famous universities like Harvard, Yale and Princeton, in their early years, were financed in part by lotteries.

-----Thomas Jefferson advocated for lotteries, asserting that they were no riskier than farming.

-----A black slave, Denmark Vesey, bought his freedom after winning the South Carolina lottery and went on to help free other slaves.

-----Prominent organized crime gangs like the late Whitey Bulger's crew got their start by "running numbers" in Somerville, just outside of Boston.

-----Throughout the 1900's devout Protestants considered government-sanctioned lotteries as immoral, while most Catholics were 100% pro-lottery.

-----In a nutshell, the main objections to lotteries are: Causing or furthering gambling addictions, draining income from the poor, giving many the idea that success does not have to involve hard work or merit, and encouraging states to acquire money at the expense of its most vulnerable.

-----In 1964, New Hampshire became the first state to run lotteries in the modern era.

-----The New York Lotto, one of the nation's largest, current odds for winning the jackpot are one in forty-five million.

-----The 1980s saw the rise of money worship: "The years in which lotto reshaped the national gambling scene were the years of deregulation and Reaganomics, the première of “Lifestyles of the Rich and Famous” ....... Pastors were preaching the prosperity gospel; politicians were singing the praises of the unfettered free market .......... it was no longer taboo to collect a massive fortune; neither was it offensive to show it off. Wealth—not the prosperity of blue-collar workers but the fortunes of their bosses—became a means of reasserting the bounty of capitalism.”

-----The promise that state government's lottery profits would be like a tax that would help with programs, turned out to be false, as state after state conceded the windfall added only about 1% to its tax base. Specifically claiming lottery income would aid veterans, or education, produced the same low, negligible percentages.

A Harvard Statistician’s Perspective on Playing the Lottery https://www.mybestbuddymedia.com/2019/04/a-harvard-statisticians-perspective-on.html

30 Brief & Annoying Reasons NOT To Play the Lottery  https://www.mybestbuddymedia.com/2019/01/30-brief-annoying-reasons-not-to-play.html

10 Clever Ways Casinos Separate You from Your Money   http://www.mybestbuddymedia.com/2014/03/10-clever-ways-casinos-separate-you.html