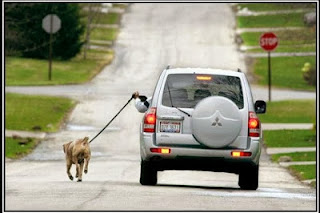 Smoking and obesity have lately been the besetting plagues of modern life. However, health researchers around the world have been gradually elbowing out these two scourges on humanity in favor of something more innocuous: sitting. The sedentary life brought about by modern technology has been a curse as much as a blessing. Researchers globally have connected multiple hour, habitual sitting to various cancers, heart disease, diabetes, and of course, a prime cause of obesity.


A 2010 review in the journal Cancer Epidemiology, Biomarkers and Prevention found that a sedentary lifestyle directly correlates to increase risks for metabolic syndrome, as well as ovarian, prostate, endometrial and colorectal cancer. A British meta-analysis of 18 studies, which included 800,000 participants, found sedentary life directly increases the risks of heart disease, diabetes, and death. The British medical journal The Lancet confidently claims: “Of the 36 million deaths each year from non-communicable diseases, physical inactivity and smoking each contribute about 5 million.”

Surprisingly and alarmingly, those dedicated to daily exercise aren’t free from this blight. Thirty minutes of heart pumping does very little good if the rest of the day is spent sitting at the office, sitting during the commute, sitting watching TV, and sitting in front of the computer. Our obligatory 30 minutes of fitness is only 2% of the entire day. When did good old-fashioned reading for a couple of hours before bed become a health hazard?

Over-sitting is an unwelcome habit to our amazing yet fragile biological machine. Once seated, at rest, it only takes an hour for our metabolism to become dormant. Sugar and fat then will build up in the bloodstream, causing a sizeable spike in insulin levels. This increases the risk for type-2 diabetes and several other diseases.

Studies by the medical journal BMJ Open concluded that if the average American cut his/her daily seated time by 3 hours, at least 2 more years of life expectancy could be added. If daily TV watching was cut to under 2 hours, 1.38 good years of life could be gained.

Obesity researcher Dr. James Levine of the Mayo Clinic in Rochester, Minn., found that those in his studies who kept the weight off weren’t necessarily formally exercising more than those who packed on the pounds. They were “unconsciously making little movements throughout the day, burning off the extra calories.” They also averaged at least 2 hours a day less sitting. Dr. Levine likens the human body to an automobile: “If you leave it to idle, it clogs up.”

Benjamin Franklin did most of his desk work standing. Facebook, Google, and AOL offer standing desks to their employees. There are no easy answers. Walk. Stand. Do chores. Exercise. Whatever you do, move, move, move.