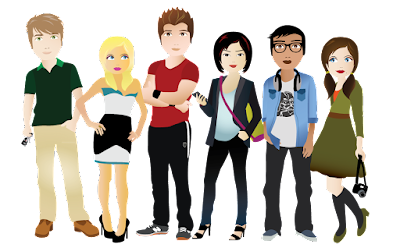 A large army of millennials have opted for the frugal, Spartan, anti-consumer lifestyle that leaves previous generations scratching their heads. Instead of accumulating debt in a quest for all life has to offer, these millennials practice self-discipline, self-denial and enjoy self-sufficiency, cleverly circumventing the daily stresses of our modern age.

Most are couples who rent an apartment or condo near their work, don’t own or need a car, use Uber or similar services when necessary, take the subway, stingily plan their weekly menus while not sacrificing optimum nutrition, grow veggies in community plots where possible, are masters of all Do It Yourself skills, and are complete strangers to not only the local Starbucks but every place where you sit down and order a meal. Travel is a luxury some will splurge for, but fashion or cable TV is of no interest. The internet is an inexpensive window to the world.

Some will have one or two kids. Some will have no kids. Student debt disappears fast when the focus is on financial freedom no matter the sacrifice.


Many of these young couples are planning to retire by the age of 35. With a combined income of $80,000 to $100,000 annually, they save about 60% of all they earn. This allows them to quit their jobs by their mid-thirties and live off their investment income.

Three Gurus of the Movement

Possibly the most influential leader in the movement is Peter Adeney, better known as Mr. Money Mustache. He lives in Colorado with his wife and young son and practices what he preaches in his blog http://www.mrmoneymustache.com/ , which gets about 250,000 unique visitors every month. A profile in The New Yorker describes him:

“He is, by his own reckoning, a wealthy man, without want, but he and his wife, who have one child, spend an average of just twenty-four thousand dollars a year. Adeney is a kind of human optimization machine, the quintessence of that urge, which is stronger in some of us than in others, to elevate principle over appetite, and to seek out better, cheaper ways of doing things. He presents thrift as liberation rather than as deprivation. Living a certain way is his life’s work. ‘I’ve become irrationally dedicated to rational living,’ he says.”

Adeney’s goals for himself and others are quite lofty:

“He created his Mr. Money Mustache avatar as a way to tell the rest of us, with meticulous and triumphal precision, about his finances and his life style, and about how bad at math and life the rest of us are. We are debt slaves, consumer suckas, car clowns, complainy pants. His goals, he says, are: 1. To make you rich so you can retire early; 2. To make you happy so you can properly enjoy your early retirement; and 3. To save the whole Human Race from destroying itself through overconsumption of its habitat.”

When asked by Forbes magazine what the biggest mistakes the American consumer is making today, Adeney replied:

“The insane belief that if you're in debt, than you are still allowed to go out and buy more stuff as long as you keep making the monthly payments. People are good at working hard and earning money, but not so good at scaling their consumption levels to match that income. You can't be driving around in a $20,000 vehicle when you aren't even able to put $20,000 into investments every year!

“It’s not like I did anything complicated or difficult to retire early. Minimize your spending regardless of your income, and then good things will happen. People in other countries write to me and say, ‘Do you realize how silly this is? In Germany, you’re just a normal guy. This is what normal people do: They don’t spend all their money.’ But in America, the first guy not to spend all his money gets into all the newspapers.

“The problem is that the default assumption in the U.S. is that money is for spending. People say things like, ‘It’s not any use if you don’t spend it! It’s not like you can take it when you die!’ But when you save your money, you’re not depriving yourself of anything. You’re actually buying yourself the most valuable thing you can: your freedom. So if you change your paradigm and say, ‘I like spending my money — on my freedom,’ it gets you excited about saving again, especially because freedom is such a cherished American value.”

One of Adeney’s most widely used masterpieces of advice is “Chasing Electrical Demons to Cut your Power Bill by 80%” found at http://www.mrmoneymustache.com/2015/03/25/cut-your-power-bill/

One of the more popular gurus to these radical minimalists is a young couple who live in Vancouver, Canada. Steph and Cel chronicle their journey in their Incoming Assets blog (https://incomingassets.wordpress.com/). They write:

“We just don’t buy things! But it goes beyond that as well. Having minimal possessions means we can comfortably live in smaller, cheaper housing. Cooking is much faster and more efficient when you have few enough kitchen gadgets that you know exactly where everything is and never need to dig around looking for things. It’s even gotten easier to keep our place clean, because I don’t need to move things around much to vacuum, or dust a bunch of knickknacks.

“Capsule wardrobes are also a great minimalist option that we’ve both been doing for years. When all your clothes match, fit, and are pieces you really like, you can get away with having a lot less of them. I’ve also found I’m less inclined to go out and buy new pieces, and when I do buy new things, I’m very particular about buying only things that go with several other pieces I already have.”

The third and final frugal guru is Trevor van Hemert (they just call him Mark) and his site http://fivegallonideas.com/. A hub for Do It Yourself culture, the site averages 2 million readers annually. With millennials facing the challenges of steady jobs with benefits and affordable housing, van Hemert champions a new way of living:

“We’re the ones making the creative solutions, not necessarily because we want to, but because we have to. That’s our destiny as a generation.”

How To Build An Effective Mosquito Trap

How to automatically water your plants while you’re on vacation   http://fivegallonideas.com/automatically-water-plants-youre-vacation/

10 Smart Supermarket Tips to Save You Time & Money http://www.mybestbuddymedia.com/2014/04/10-smart-supermarket-tips_9.html

12 Tips and Tricks on the Lost Art of Haggling http://www.mybestbuddymedia.com/2013/07/12-tips-and-tricks-on-lost-art-of.html

10 Tips To Finding a Great Deal at an Old-Fashioned Yard Sale  http://www.mybestbuddymedia.com/2012/06/10-tips-to-finding-great-deal-at-anold.html