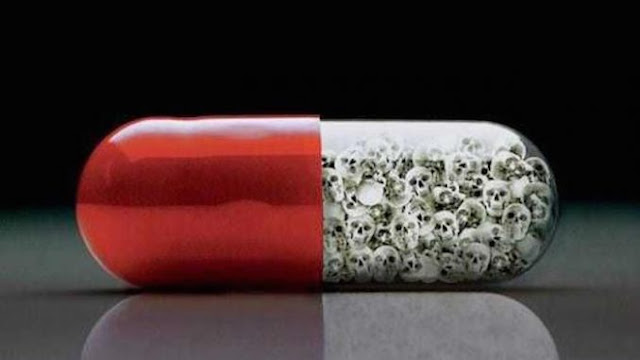 For those seething and smoldering under the spell of Big Pharma conspiracy theories, and for those who aren’t, but want a crisp summary of the counter arguments, here are 12 nimble verities casting light on the issue.


1)     Adherents to Big Pharma conspiracies fall for the Argument from Perfection fallacy. Yes, there are problems and issues with major pharmaceutical companies. There are problems and criticisms with all companies and institutions. Taken to its logical conclusion, we should shut down all governments, the entire health care system, the entire justice system, every capitalistic enterprise, every democratic institution, and live in a “society” of chaos and anarchy. Nothing is perfect, but pointing out imperfections, as serious as they are, does not mean the entire system is to be dumped into the trash. An outline of the eight most common problems with Big Pharma can be found at: http://rationalwiki.org/wiki/Big_Pharma

2)     It costs pharmaceuticals anywhere from $1.3 to $2.6 billion US and 128 months to develop and bring an effective drug to market. Where is this money supposed to come from? Yes, there is greed and unethical behavior, and that is constantly being exposed and challenged. Most drug clinical trials fail and millions of dollars go down the drain. Billions of dollars are needed for continuous research. The Big Pharma demonizers rarely mention this and, in their hypocrisy, endorse all types of capitalistic and entrepreneurial endeavours that benefit themselves.

3)     Most people end up believing in these conspiracies because they are completely unaware of what it truly takes to develop a successful drug. A little knowledge goes a long way, and having a better idea how it all works helps to better evaluate conspiracy claims.  A concise step-by-step overview of drug development for the lay person can be found at: http://www.skepticalraptor.com/skepticalraptorblog.php/big-pharma-and-development-of-drugs-debunking-myths/

4)     Many public sector organizations on the cutting edge of cancer research are major universities worldwide and charitable organizations like the American and Canadian Cancer Society. Where the profit motives are, and the greed and bloodthirstiness that leads to the deaths of millions of people annually, Big Pharma conspiracists fail to address. A report in the New England Journal of Medicine lays out the facts:

“Historically, public-sector researchers have performed the upstream, basic research that elucidated the underlying mechanisms of disease and identified promising points of intervention, whereas corporate researchers have performed the downstream, applied research resulting in the discovery of drugs for the treatment of diseases and have carried out development activities to bring them to market. However, the boundaries between the roles of the public and private sectors have shifted substantially since the dawn of the biotechnology era, and the public sector now has a much more direct role in the applied-research phase of drug discovery.

“We identified new drugs and vaccines approved by the Food and Drug Administration (FDA) that were discovered by public-sector research institutions (PSRIs) and classified them according to their therapeutic category and potential therapeutic effect.

“We found that during the past 40 years, 153 new FDA-approved drugs, vaccines, or new indications for existing drugs were discovered through research carried out in PSRIs. These drugs included 93 small-molecule drugs, 36 biologic agents, 15 vaccines, 8 in vivo diagnostic materials, and 1 over-the-counter drug. More than half of these drugs have been used in the treatment or prevention of cancer or infectious diseases. PSRI-discovered drugs are expected to have a disproportionately large therapeutic effect.”

5)     Finding an effective drug that effectively cures or inhibits particular cancers would enrich these companies beyond their wildest dreams. Shareholders would make a fortune.  Arguments that cancer cures are being suppressed for profit fail simple arithmetic.

6)     Most people naturally avoid complex issues and would rather settle for the easy one liners espoused by conspiracists. We live in a frenzied media environment which has caused many people to develop short attention spans. Taking time to honestly delve into the issues is a task and chore that is avoided like the plague.

7)     There is no such thing as a cure for cancer. There are dozens of completely different types of cancer that require different cures. Conspiracy theorists dupe their readers when they write about a strait forward, uncomplicated cure for cancer. Anyone in the medical field, or well-educated person, knows this is nonsense. Con artists know that people with no scientific or medical background will assess information beyond their learning. They exploit this with clever sounding falsehoods and appeals to outrage, circumventing the intellect and manipulating those who think primarily with their emotions.

8)     Follow the money. Many Big Pharma conspiracy theorists are making big money with their so-called “miracle cures”. They prey on the desperate and vulnerable and get rich on treatments that don’t work. Their hypocrisy can’t be understated. They condemn Big Pharma money but are profiting themselves. For just a pill-sized sample see http://www.mybestbuddymedia.com/2015/09/yet-another-victim-of-cancer-quackery.html

9)     In spite what theorists claim, cancer survivorship has been increasing steadily thanks to scientific breakthroughs and continuous research. According to the American Cancer Society:

For more details and relevant links see: Good News On Cancer Survivorship: What The Quacks Don’t Want You To Know  http://www.mybestbuddymedia.com/2017/02/good-news-on-cancer-survivorship.html

10)     Ignorance of how medicine works leads many people to accept Big Pharma conspiracies. A concise yet comprehensive summary is provided by Steven Novella, M.D. and Stephen Barrett, M.D.:

“The medical establishment is not a single entity. The health-care industry includes physicians, nurses, other health professionals, insurance companies, private consumer organizations, universities, government agencies (such as the FDA), hospitals, HMOs, other managed-care organizations, professional organizations (such as the AMA), pharmaceutical companies, and other private corporations. These groups may have competing interests; and, within each group, individual members may also have competing interests, and many have no financial stake in patient care.

"Some private physicians get paid for each patient they see, but others do not. Most who work for HMOs or other managed-care organizations are either salaried or capitated (receiving a fixed monthly sum per patient not per service). Those who pursue an academic career may be salaried and/or obtain money from research grants. For physicians on fixed incomes, more patients means more work, but not more money. Some physicians dedicate their career to public health and do not see patients at all. And if an expensive cancer treatment could be replaced by something much less costly, insurance companies would embrace it.”

11)     Big Pharma conspiracists’ claims are literally dead in the water when they state that CEOs of the major pharmaceuticals are knowingly and intentionally suppressing cancer cures:

“Even if you buy into the idea that powerful people do not care about their friends and families, the very appeal to selfishness made by the greed/profit angle says they care a great deal about themselves. If we were to notice that an overwhelming majority of corporate heads and government officials have managed to escape cancer, then we might have reason to be suspicious that a cure has been found and is being saved for a select few.  But that’s not what’s happening.  With each passing year the list of rich and powerful people who die from cancer becomes more populated.  It includes corporate CEOs, politicians, government leaders, Big Pharma employees, and heads of state from around the world.

"We would have to believe that these people know of a cure but decide not to use it so as to avoid suspicion.  It’s silly to think that any of these people, many who already have fantastic amounts of money, would be willing to face the specter of a slow lingering death just to have a little more. It can’t be true that these people are so selfish as to hide a cure in favor of their own gain, yet so selfless that they are willing to die so the conspiracy can remain secret.  These sorts of contradictions arise not from evidence or reasoning, but from making as many assumptions as needed to justify the trope of a hidden cure without contemplating their logical implications in sufficient depth.”

12)     Conspiracists believe that everyone is obsessed with money to the exclusion of basic human decency and morality. Everyone involved in Big Pharma are total monsters who have no issue killing millions of people just so that they can get even more rich than they already are. Basic human frailties and vanities like prestige and recognition are motives and ambitions to many, and completely negate all conspiracy arguments:

“Even if we tacitly accept that scientists and doctors do not care about making a difference the world or helping sick people, we still can’t assume that the only thing they care about is money.  Any scientist who finds or participates in research leading to a breakthrough cure is going to be instantly famous among colleagues and peers.  It’s a chance to show all the foes and detractors from your entire life that you are not a loser, that you are in fact the very best at what you do. It not only means a Nobel Prize, it virtually guarantees statues and entire buildings erected in your honor and a mention in virtually every medical and science textbook.  It means you can set your salary and work for any company you choose, doing whatever research you like. It means adoration from millions of victims and family members whom you have saved.  Finding a cancer cure would mean a reputation to rival that of Einstein’s and a legacy which will persist throughout history.  It’s not very easy to believe that any scientist would be willing sweep these benefits under the rug along with the cure, and the more shallow and selfish the conspiracy claims the scientists to be, the more like it is that they value total personal gain over mere financial gain alone.”

Tufts Center for the Study of Drug Development Briefing: Cost of Developing a New Drug   http://csdd.tufts.edu/files/uploads/Tufts_CSDD_briefing_on_RD_cost_study_-_Nov_18,_2014..pdf