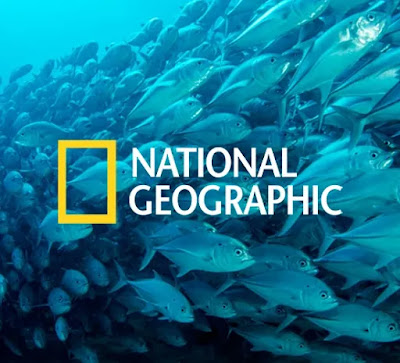 The National Geographic Society has for a long time claimed they are “determined to be the organization people around the world can turn to for information they can trust.” They have upheld science and discovery for 130 years, but have taken a dark and deceptive turn recently. The Society’s well-earned reputation has taken a beating with its publication of six books that “promote natural healing remedies, home remedies, and medicinal herbs, all of which treat common ailments.”

Writing for The Skeptical Inquirer, Victor Benson, MD (Kaiser Permanente in Southern California and David Geffen School of Medicine, UCLA) notes that the Society’s books do offer some disclaimers, but are confusing for the lay reader:


“Although warnings are present, they are not helpful, as the books proceed to advise taking substances that have little or no evidence of safety or effectiveness and ignore that there is essentially no way for a person to know in advance whether a ‘natural remedy would be safe’ for them. Furthermore, the reader cannot be certain whether the advice is good, unsupported, inaccurate, false, or harmful; it’s all mixed together.”

The word “remedy” is repeatedly used in the titles and throughout the books. The word means “to cure or heal, as by medicinal treatment.” What the Society is claiming is obvious:

“Two of the publications’ introductions state that ‘we have sought the best ideas from around the world and put them to the test of current science.’ Another states, ‘This book showcases the … herbs, plants, and essential oils that can help you treat diseases and ailments.’ From statements such as these and other promises of ‘remedies,’ it is clear that the publications are claiming to offer scientifically based advice about treating and preventing disease.”

The contradictions and duplicity of the Society’s claims can’t be overstated:

“The small-print ‘Note to Readers’ at the beginning of each book, however, in disclaiming ‘any liability whatsoever,’ states that ‘the author and publisher are not rendering medical or other professional advice.’ The note warns to ‘consult a health care professional to address any health concerns specific to you.’ These advisories contradict the obvious message of the books. The statements ‘Treat illness nature’s way’ and ‘how to employ natural remedies to cure or control common physical ailments’ are more examples that belie the ‘Note to Readers’ claim. The argument that explaining how to treat medical conditions does not constitute medical advice is specious and disingenuous.”

It should be of no surprise that peddlers of quack medicine never provide any reliable evidence for their false claims:

“Though it is understood that these books are intended for a lay audience, it would increase confidence in their messages if at least a few references to supporting data were provided. Phrases frequently found throughout the books include ‘some studies point to,’ ‘research has shown that,’ ‘animal studies show,’ ‘researchers are looking at,’ and the like. It would be valuable, and increase the believability of the books, if actual references to specific studies would at least occasionally be cited to back up the claims being made. In the over 1,400 pages that compose the six books, there are no references to the scientific literature.”

Another common sign of pseudo-science at work is the long list of amazing cures these magic foods provide:

“After proclaiming that ‘Research verifies that these vegetables offer a range of nutrients,’ the next sentence states, ‘They also provide antibiotic, antibacterial, antiviral, antioxidant, and anticancer properties, making them useful as remedies for skin infections, restoring vigor, curing sleeplessness, easing migraines, and even combating cancer.’ Next, we’re told that adding these to our diet ‘could provide the following health benefits,’ including lowering high blood pressure, normalizing an irregular heartbeat, slowing down the progression of Alzheimer’s disease, reducing bone loss in postmenopausal women, and decreasing indigestion and nausea …… Not a shred of evidence is presented to support even one of these many claims. If half of them were true, the great value to humankind would likely be widely known. What is this magic substance? It’s water chestnut.”

The not-so-friendly advice the Society offers can come at a price, as with their recommendation of cat’s claw:

Benson provides an excellent summary of the overwhelming majority of the Society’s claims:

----There is some evidence of benefit, though it is weak. The few clinical trials are small and of short duration.
----Robust safety and efficacy studies with subsequent regulatory approval are absent.
----Many of the recommendations for use have no evidence to support them.
----The incidence of adverse reactions is not quantified.
----Interactions with other herbal preparations and pharmaceuticals receive little attention.
----Dose-ranging studies have not been done, so the most effective, and safe, dose is unknown.

“The editors of the National Geographic Society should reconsider their ‘natural remedies’ publishing enterprise. Producing books full of claims that lack evidence and don’t meet even minimum scientific standards belies the NGS’s stated ‘passion for science.’ Some of the advice can harm. The inconsistencies among the books are troubling and weaken any argument that they are providing ‘information people can trust.’ The National Geographic Society should not sully its reputation by promoting health practices and products not supported by credible scientific evidence.”