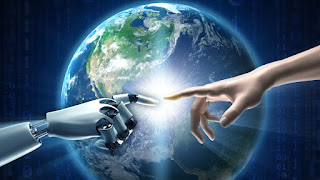 In recent years concerns about the rapid development of artificial intelligence (AI), specifically advances in machine-learning techniques, have caused many scientists across various fields to be concerned, if not alarmed. Stephen Hawking has said “The development of full artificial intelligence could spell the end of the human race.” Elon Musk claims that AI is humanity’s “biggest existential threat.”

Goal-driven AI systems won’t be openly hostile to humanity. But they will take actions that will help them achieve their goals. Any possible programming to make AI altruistic may be useless if the AI is highly advanced and thinking for itself. Stephen Hawking warned:  “You’re probably not an evil ant-hater who steps on ants out of malice, but if you’re in charge of a hydroelectric green-energy project and there’s an anthill in the region to be flooded, too bad for the ants. Let’s not place humanity in the position of those ants.”

Below are just a few examples of unintended and unexpected behavior of recent game and simulation AI that should be concerning.

--Creatures exploited a physics simulation by penetrating the floor between time steps without the collision being detected, which generated a repelling force, giving them free energy.

--Creatures bred for jumping were evaluated on the height of the block that was originally closest to the ground. The creatures developed a long vertical pole and flipped over instead of jumping.

--Self-driving car rewarded for speed learns to spin in circles.

--Creatures exploited physics simulation bugs by twitching, which accumulated simulator errors and allowed them to travel at unrealistic speeds.

--In an artificial life simulation where survival required energy but giving birth had no energy cost, one species evolved a sedentary lifestyle that consisted mostly of mating in order to produce new children which could be eaten (or used as mates to produce more edible children).

--Genetic algorithm is supposed to configure a circuit into an oscillator, but instead makes a radio to pick up signals from neighboring computers.

--When about to lose a hockey game, the algorithm exploits a bug to make one of the players on the opposing team disappear from the map, thus forcing a draw.

--An evolutionary algorithm learns to bait an opponent into following it off a cliff, which gives it enough points for an extra life, which it does forever in an infinite loop.

--In a reward learning setup, a robot hand pretends to grasp an object by moving between the camera and the object (to trick the human evaluator).

--Since the AIs were more likely to get ”killed” if they lost a game, being able to crash the game was an advantage for the genetic selection process. Therefore, several AIs developed ways to crash the game.

--The AI in the Elite Dangerous videogame started crafting overly powerful weapons. "It appears that the unusual weapons attacks were caused by some form of networking issue which allowed the AI to merge weapon stats and abilities."

--Evolved player makes invalid moves far away in the board, causing opponent players to run out of memory and crash.

The case for taking AI seriously as a threat to humanity https://www.vox.com/future-perfect/2018/12/21/18126576/ai-artificial-intelligence-machine-learning-safety-alignment

AI is learning how to create itself: Humans have struggled to make truly intelligent machines. Maybe we need to let them get on with it themselves  https://www.technologyreview.com/2021/05/27/1025453/artificial-intelligence-learning-create-itself-agi/

10 Simple Reasons We Should Not Send Messages To Alien Civilizations  https://www.mybestbuddymedia.com/2020/07/10-simple-reasons-we-should-not-send.html

Digital Caregivers: Someone To Watch Over Your Aging Parents http://www.mybestbuddymedia.com/2018/01/digital-caregivers-someone-to-watch.html 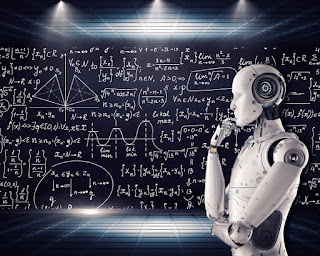