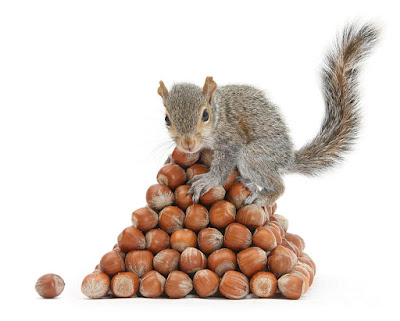 Pyramid schemes are one of the most devious, enticing and financially destructive money making cons out there. In less than 2 minutes this TED-Ed video (which has over 5 million views) presents the simple math that exposes and destroys any and all types of pyramid schemes. Greed, desperation or plain wishful thinking causes many unsuspecting to fall for the fraud. The last part of the video exposes multi-level marketing.

"(A pyramid scheme): a common type of fraud where members make money by recruiting more people to buy in. Typically, the founder solicits an initial group of people to buy in and promote the scheme. They are then encouraged to recruit others and promised part of the money those people invest, while the founder also takes a share.

"The pattern repeats for each group of new participants, with money from recent arrivals funneled to those who recruited them. This differs from a Ponzi scheme, where the founders recruit new members and secretly use their fees to pay existing members, who think the payments come from a legitimate investment.

"As a pyramid scheme grows, it becomes increasingly difficult for new recruits to make money. That’s because the number of participants expands exponentially. Take a structure where each person has to recruit six more to earn a profit. The founder recruits six people to start, and each of them recruits six more. There are 36 people in that second round of recruits, who then each recruit 6 people— a total of 216 new recruits.

"By the twelfth round of recruiting, the 2.1 billion newest members would have to recruit over 13 billion more people total to make money– more than the entire world population. In this scenario, the most recent recruits, over 80% of the scheme’s participants, lose all the money they paid in. And in real life, many earlier joiners lose out too."

10 Common Characteristics of People Who Get Duped https://www.mybestbuddymedia.com/2017/08/10-common-characteristics-of-people-who.html