There is general consensus that the beauty industry for the most part is harmful to society because it promotes a superficial culture based primarily on appearance. The industry encourages an unrealistic, unattainable look for men and women in regards to bodily self-image. Many have gone to great extremes to mold their bodies into what our culture has decided is ideal, often at the expense of their health and well-being. Children are also vulnerable, always seeking to emulate what they see in the media.


Surveys of women’s magazines have found they contain ten times more weight loss ads and articles than men’s magazines do. In her book, Airbrushed Nation: The Lure & Loathing of Women’s Magazines, industry insider Jennifer Nelson writes: “The message being sent is that you, dear reader, are in need of resizing, fat-blasting, and age-defying. And it doesn’t stop there. Every month, from every cover, the magazines scream some new directions that assume you’re not good enough as you are: “Get Thinner” “Get Prettier” “Exercise More” “Quit Looking Your Age” “Younger is Better” “Thinner is Best””

Unrealistic, airbrushed models in advertising and magazine covers have negative effects on young people’s self-image and self-esteem. In 2011 the American Medical Association urged the beauty and advertising industries to stop retouching models, warning “we must stop exposing impressionable children and teenagers to advertisements portraying models with body types only attainable with the help of photo editing software."
http://mediasmarts.ca/body-image/body-image-photo-manipulation

1)   In 2011 Glamour magazine did an extensive survey of their readers on their daily self-talk. Surprisingly, a whopping 97% of women “say thirteen negative body thoughts to themselves daily like ‘I hate my stomach’ or ‘I’m ugly’”. Ann Kearney-Cooke, Ph.D., a Cincinnati psychologist who specializes in body image, observes: “Neuroscience has shown that whatever you focus on shapes your brain. If you’re constantly thinking negative thoughts about your body, that neural pathway becomes stronger—and those thoughts become habitual,”
http://www.glamour.com/health-fitness/2011/02/shocking-body-image-news-97-percent-of-women-will-be-cruel-to-their-bodies-today

2)   The fashion and beauty magazine Allure has a circulation of just over one million. A comprehensive survey of their readers disclosed that: “Forty-two percent of women would consider anti-aging injections or plastic surgery. Only 18 percent of men would.”
http://www.allure.com/beauty-trends/2013/the-allure-aging-survey

In recent years the Dove Campaign for Real Beauty has been attempting redefine feminine beauty worldwide. Its mission: “To make women feel more beautiful every day by challenging today’s stereotypical view of beauty and inspiring women to take great care of themselves.”

Dove commissioned a global study to explore what beauty means to women today. They interviewed 3,200 women aged 18 to 64 in the U.S., Canada, Great Britain, Italy, France, Portugal, Netherlands, Brazil, Argentina and Japan. Some of the findings were:

3)   Only 2% of these women describe themselves as “beautiful”

7)   Almost two-thirds strongly agreed that: “Women today are expected to be more physically attractive than their mother’s generation was” (63%); and, “Society expects women to enhance their physical attractiveness” (60%).

A later study by the same researchers found that:

8)   90% of women want to change at least one aspect of their physical appearance (with body weight ranking the highest).

9)   91% feel the media and advertising need to do a better job of representing realistic images of women over 50.

10)   97% believe society is less accepting of appearance considerations for women over 50 compared to their younger counterparts, especially when focused on the body.

11)   Nearly 60% of women believe that if magazines were reflective of a population, a person would likely believe women over 50 do not exist. 87% of women believe they are too young to be old.
http://psucomm473.blogspot.ca/2007/03/dove-campaign-for-real-beauty-case.html

The market research firms NPD Group and Experian have done exhaustive studies on youth beauty trends. Some of the results in the US were:

In 2012 The Model Alliance surveyed 85 working fashion models. Their average age was 26. Some of the findings were:

Former model Diane Faulkner writes of her experiences: “There were several things we were encouraged to do to be camera-ready. The favorite was to nibble on chocolate Ex-Lax and drink close to a gallon of room-temperature water a day. No salt of any kind. No pop. No caffeine. This is all done three days before a shoot. The idea was that this regimen would keep our stomachs flat and keep us from bloating.”

Her continuing insights can be found at: http://www.airbrushednation.wordpress.com/ 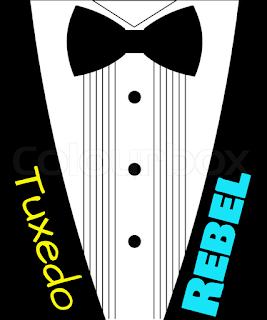