Natural High: The Effects of Exercise On Depression 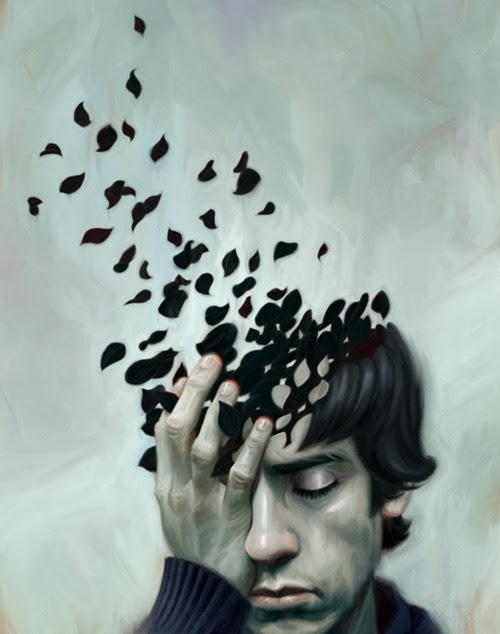 The evidence keeps mounting every year – the positive effects of exercise on depression are undeniable. Exercise increases blood flow to the brain, which helps regulate the brain’s chemical balance. The brain’s feel-good hormones – endorphins, dopamine, and serotonin – experience a gradual upsurge while harmful stress hormone levels steadily plummet. Mood is elevated, which clarifies and enhances thinking on day-to-day tasks and challenges. Stress levels are reduced and a longer, deeper night’s sleep is almost certainly assured.


According to the Mayo Clinic, regular exercise is also effective in: “Reducing immune system chemicals that can worsen depression.” and “Increasing body temperature, which may have calming effects.”
http://www.bayareahospital.org/Article.Aspx?ref=ART-20046495


American Journal of Preventive Medicine:
“There is promising evidence that any level of Physical Activity, including low levels (e.g., walking <150 minutes/weeks), can prevent future depression. From a population health perspective, promoting PA may serve as a valuable mental health promotion strategy in reducing the risk of developing depression.”
Physical Activity and the Prevention of Depression

The British Journal of Psychiatry:
“Our findings suggest that, for older people who present with clinically meaningful symptoms of depression, prescribing structured exercise tailored to individual ability will reduce depression severity.”
Effect of exercise on depression severity in older people: systematic review and meta-analysis of randomised controlled trials
http://bjp.rcpsych.org/content/201/3/180

Division of Psychiatry, Boston University School of Medicine, Boston, Mass.:
“There is evidence to suggest that the addition of cognitive-behavioral therapies, specifically exercise, can improve treatment outcomes for many patients … Exercise is a behavioral intervention that has shown great promise in alleviating symptoms of depression.”
The Benefits of Exercise for the Clinically Depressed  http://www.ncbi.nlm.nih.gov/pubmed/15361924

The Journal of Sports Medicine and Physical Fitness:
“Results indicated that the reduction in anger, confusion, fatigue, and tension, and increase in vigor was significantly greater in the depressed mood group, hence consistent with theoretical predictions ….. Findings lend support to the notion that exercise is associated with improved mood. However, findings show that this effect was significantly greater among individuals reporting symptoms of depressed mood before exercise.”
The effects of exercise on mood changes: the moderating effect of depressed mood  http://www.ncbi.nlm.nih.gov/pubmed/11687775

Journal of the American Medical Association
The finding is exciting not only because depression is very common and can be deeply debilitating among people with heart failure — up to 40% are clinically depressed and three-quarters score higher than average on tests of depressive symptoms, according to background information in the study — but it’s also consistent with previous research suggesting that exercise may be effective as a treatment for depression more widely.
More Evidence that Exercise May Help Treat Depression
http://healthland.time.com/2012/08/01/more-evidence-that-exercise-may-help-treat-depression/

Psychosomatic Medicine: Journal of Biobehavioral Medicine:
“Among individuals with Major Depressive Disorder, exercise therapy is feasible and is associated with significant therapeutic benefit, especially if exercise is continued over time.”
Exercise Treatment for Major Depression: Maintenance of Therapeutic Benefit at 10 Months http://www.psychosomaticmedicine.org/content/62/5/633.short

Primary Care Companion to the Journal of Clinical Psychiatry:
“Aerobic exercises, including jogging, swimming, cycling, walking, gardening, and dancing, have been proved to reduce anxiety and depression.3 These improvements in mood are proposed to be caused by exercise-induced increase in blood circulation to the brain and by an influence on the hypothalamic-pituitary-adrenal (HPA) axis and, thus, on the physiologic reactivity to stress …… Health benefits from regular exercise that should be emphasized and reinforced by every mental health professional to their patients include the following: improved sleep, increased interest in sex, better endurance, stress relief, improvement in mood, increased energy and stamina, reduced tiredness that can increase mental alertness, weight reduction, reduced cholesterol and improved cardiovascular fitness.”
Exercise for Mental Health     http://www.ncbi.nlm.nih.gov/pmc/articles/PMC1470658/

John J. Ratey, MD, author of Spark: The Revolutionary New Science of Exercise and the Brain, offers some experienced counsel:
“Exercise is not an instant cure, but you need to get your brain working again, and if you move your body your brain won’t have any choice. It’s a process, and the best strategy is to take it one step – and then one stride – at a time. Start slowly and build on it. At its core, depression is defined by an absence of moving toward anything, and exercise is the way to divert those negative signals and trick the brain into coming out of hibernation.” (page140)
Photo: artmonia.tumblr.com CC