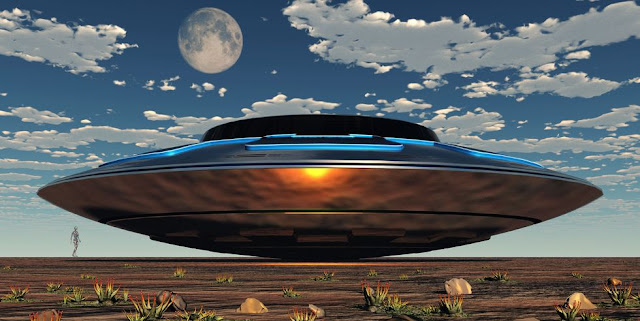 The great UFO debate on whether we truly are being visited by highly intelligent extraterrestrials is never ending, with both sides firmly entrenched in their position. The skeptics say the evidence is simply non-existent, while the believers say there are too many sightings that can’t be explained. The majority of UFOs can be identified as ordinary objects or phenomena. Some of the most common ones are:

American journalist and author Anna Merlan specializes in politics, religion and subcultures. In her 2019 book, Republic of Lies: American Conspiracy Theorists And Their Surprising Rise To Power, she devotes a chapter to the politics and psychology behind UFO conspiracies. The excerpts below are a sampling of the more rational, cooler heads in the UFO debate.

Merlan explores how actual government secrecy only serves to feed into citizen paranoia:

“The disclosure of hidden Air Force programs made just about anything seem possible, and over the next few decades, it was joined by wave after wave of revelations, some of them real and some imagined, until the field of ufology became a morass of competing claims and high suspicion that everyone is a government agent and no one is to be trusted.

“The number of UFO-related conspiracy theories is dizzying and too numerous for us to explore each one. Aliens have been linked to everything from the JFK assassination to cattle mutilations (extraterrestrial perform bizarre, bloodless surgeries on livestock, generally taking, for some arcane purpose, their eyes, tongues and anal cavities). The point is that none of these assertions can ever be settled: there is no evidence the government can produce that will satisfy UFO buffs, and UFO researchers have no evidence to prove any of their claims definitively to a skeptical public. The CIA and the FBI both have supplied documents that outline their full involvement in the alien question, they argue. In 2013, the British government declassified files on its own UFO unit, which was shuttered in 2009 (a report recommended the move because the unit is ‘consuming increasing resources but produces no valuable defence output’).

“The CIA concludes its website’s capsule history of the subject on a bit of a resigned note: ‘Like the JFK assassination conspiracy theories, the UFO issue will probably not go away soon, no matter what the Agency does or says. The belief that we are not alone in the universe is too emotionally appealing and the distrust of our government is too pervasive to make the issue amenable to traditional scientific studies of rational explanation and evidence.”

In his book Revelations: Alien Contact and Human Deception, renowned UFO researcher and computer scientist Jacques Vallée wrote that he had come to believe:

“…many UFO events were hoaxes, engineered sometimes by delusional private citizens and sometimes by government agencies with bigger aims in mind. ‘This bears emphasizing,’ he wrote, ‘Some UFO sightings are covert experiments in the manipulation of the belief systems of the public. And some cases simply did not happen. The stories about them, numerous rumors of crashed saucers and burned aliens, were not so much the result of delusions as the product of deception: rumors deliberately planted in the eager minds of gullible believers to hide more real facts about which it was felt that the public and the scientific community had no ‘need to know’.”

“Extraterrestrials almost certainly exist. What they have to do with the phenomena of UFOs is questionable and largely a cultural and mythological construct – I don’t believe that we can know for certain right now.

“I think any serious student of the UFO subject would do well to put these alleged whistleblowers, secret space program aficionados and the click-bait vultures that promote them to one side. Sure, people will always listen and be entertained by them, but let’s call it what it is – entertainment. I’m always amused when people hold up one whistleblower as credible, simply because of apparently corroborating stories, whilst the next is deemed laughable. Almost none of them have provided any credible evidence as to what they are supposedly revealing. In that respect they are all even. The fact that two or more stories may apparently corroborate one another is not corroboration of anything. How easy would it be for individuals – or the intelligence community – to fabricate such a set up?”

Anna Merlan displays empathy for believers of UFOs as intelligent beings from the cosmic expanse:

“The UFO world is concerned with its own dramas, villains, and celebrities, and these do not often leak out beyond that world, barring genuinely newsworthy developments. UFO researchers pull data points from the wider society when it suits them, and entirely retreat otherwise, and seem largely incapable of doing harm: its adherents do not harass people, and the questions they raise about official secrecy are truly interesting. The call for the government to simply and directly tell everything it knows is of value to us all, and there is something both sad and a little heroic about the UFO curious as they devotedly await the truth.”

10 Simple Reasons Why UFOs Are Not E.T.s  http://www.mybestbuddymedia.com/2015/01/10-simple-reasons-why-ufos-are-not-ets.html