We’re All FED UP With Contradictory Nutritional Studies 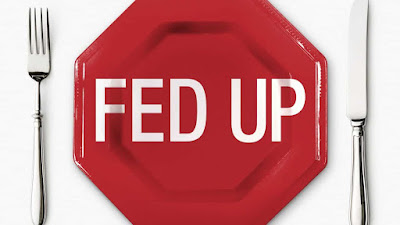 Everyone is fed up with the endless amount of alleged scientific research claiming one thing one day, and a few weeks later just the opposite. Consuming red wine, cheese and coffee are found to decrease the risks of certain cancers and heart disease in one study, and in a short time another study states that the three foods in fact cause it. Both reports are trumpeted by all the TV, print and online media, leaving the consumer bewildered, not knowing what to believe.


Much of the media sensationalizes nutrition and health news in general, creating distortions and exaggerations:


“Distorted journalistic reports can generate both false hopes and unwarranted fears. For instance, when a finding is reported in a sensational way, the results may create a national media feeding frenzy. An example is the reaction to a report of a single-blinded study involving only four patients with Alzheimer disease. News  about such  topics  as  diet,  cholesterol,  the  toxic  shock  syndrome,  and  breast  implantation affects  individual  behavior  and  sometimes  causes  panic. Subsequent research does not support some claims or interpretations, as in the cases of pancreatic cancer and coffee drinking or breast implants and collagen vascular disease……

“While most reporting of medical news seems accurate, fair, and balanced, the cases of sensationalized reporting receive, by their very nature, a disproportionate amount of attention.  They can also cause a disproportionate amount of disillusionment and distancing of the public. The  central  problem  is  that  scientists  and  journalists, while  each  remaining  responsible  to  their  own  professional  standards,  may  become  complicit  in  a  system  in which miscommunication helps each reach certain ends. The system is characterized by the lack of clear responsibility or oversight to prevent miscommunication.  We believe  that  a  small  amount  of  attention  and  oversight might go a long way to help provide some balance and may  keep  the  public  informed  and  involved  in  important scientific debate.”

“We selected 50 common ingredients from random recipes in a cookbook. PubMed queries identified recent studies that evaluated the relation of each ingredient to cancer risk. Information regarding author conclusions and relevant effect estimates were extracted. When 10 articles were found, we focused on the 10 most recent articles.

“Forty ingredients (80%) had articles reporting on their cancer risk. Of 264 single-study assessments, 191 (72%) concluded that the tested food was associated with an increased or a decreased risk; 75% of the risk estimates had weak or no statistical significance …… Associations with cancer risk or benefits have been claimed for most food ingredients. Many single studies highlight implausibly large effects, even though evidence is weak. Effect sizes shrink in meta-analyses……

The limits of observational studies in reaching conclusions:

“Epidemiologic – or observational – studies examine the association between what’s known in epidemiologic jargon as an exposure (e.g., a food, something in the environment, or a behavior) and an outcome (often a disease or death). Because of all the other exposures occurring simultaneously in the complex lives of free-living humans that can never be completely accounted for, such studies cannot provide evidence of cause and effect; they can only provide evidence of some relationship (between exposure and outcome) that a stronger design could explore further. In other words, observational studies cannot distinguish direction–whether exposure A influences outcome B, or B influences A, or both are influenced by something else, even if that association may be strong and consistent. What other design could illuminate a causal nature and direction of the relationship, if present?”

Each body processes ingested food in its own way:

“In a recent study published in the journal Cell, Israeli scientists tracked 800 people over a week, continuously monitoring their blood sugar levels to see how they responded to the same foods. Every person seemed to respond wildly differently, even to identical meals, ‘suggesting that universal dietary recommendations may have limited utility,’ the researchers wrote.

“‘It's now clear that the impact of nutrition on health cannot be simply understood by assessing what people eat,’ said Rafael Perez-Escamilla, a professor of epidemiology and public health at Yale, ‘as this is strongly influenced by how the nutrients and other bioactive compounds derived from foods interact with the genes and the extensive gut microbiota that individuals have.’

“Making things even more maddeningly complicated, seemingly similar foods can differ wildly in nutrition profile. A local, farm-fresh carrot will probably be less diluted in its nutrients than a mass-produced baby carrot that's been bagged in the grocery store. A hamburger at a fast-food restaurant will have different fat and salt content compared with one made at home. Even getting people to better report on every little thing they put into their bodies can't completely address this variation.”

The deception of data dredging in one “scientist’s” lab is a typical example:

“Dr. Wansink’s lab was known for data dredging, or p-hacking, the process of running exhaustive analyses on data sets to tease out subtle signals that might otherwise be unremarkable. Critics say it is tantamount to casting a wide net and then creating a hypothesis to support whatever cherry-picked findings seem interesting — the opposite of the scientific method. For example, emails obtained by BuzzFeed News showed that Dr. Wansink prodded researchers in his lab to mine their data sets for results that would ‘go virally big time.’”

Most nutritional studies have serious limitations:

“Scientists routinely scour data sets on large populations looking for links between specific foods or diets and health outcomes like chronic disease and life span. These studies can generate important findings and hypotheses. But they also have serious limitations. They cannot prove cause and effect, for example, and collecting dietary data from people is like trying to catch a moving target: Many people cannot recall precisely what they ate last month, last week or even in the past 48 hours. Plenty of other factors that influence health can also blur the impact of diet, such as exercise, socioeconomic status, sleep, genetics and environment. All of this makes the most popular food and health studies problematic and frequently contradictory.”

Call for reform in nutrition science:

--One of the most crucial things to keep in mind is how does a given study fit into the entire body of evidence on a topic. What is the weight of the evidence?

--Is the story reporting the results of a single study? A single study is rarely influential enough to warrant that people change their behaviors based on the results.

--How large is the study?

--Was the study done on animals or humans? Many important studies have been carried out on animals, but to best understand how food and nutrients affect human health they must be studied in humans.

--How was diet assessed?

7 Weight Loss Scams That Will Trim The Fat Off Your Savings  http://www.mybestbuddymedia.com/2018/06/7-weight-loss-scams-that-will-trim-fat.html

17 Concise Reasons Why Natural News Is A Fraud   http://www.mybestbuddymedia.com/2017/07/17-concise-reasons-why-natural-news-is.html

Concise Reasons Why 10 Superfoods Are Not So Super  http://www.mybestbuddymedia.com/2016/09/concise-reasons-why-10-superfoods-are.html