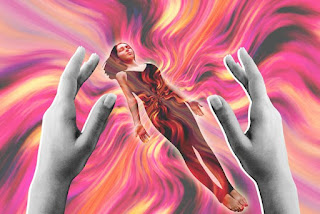 There is absolutely no scientific or biblical basis for the belief that “energy fields” surround the human body. Nor is there evidence that these fields can be manipulated by hovering hands to heal any ailment. If someone becomes extremely relaxed under these conditions, and it benefits them, enjoy! The placebo effect has been shown to work from time to time. Any belief that there is healing taking place in the “energy” or spiritual realm is completely unsubstantiated. Some Reiki practitioners go deep in their beliefs and claim contact with and direction from a “spirit guide”. This is problematic in that even a cursory examination of Bible teachings reveals the practitioner is in all likelihood in contact with a demon (see Further Reading below).

Scientific study after study exposes Reiki to be unproven:

“In total, the trial data for any one condition are scarce and independent replications are not available for each condition. Most trials suffered from methodological flaws such as small sample size, inadequate study design and poor reporting. In conclusion, the evidence is insufficient to suggest that reiki is an effective treatment for any condition. Therefore the value of reiki remains unproven.”

Therapeutic Touch is fundamentally similar to Reiki and rigorous scientific studies have proven it a sham:

“Therapeutic Touch (TT) is a widely used nursing practice rooted in mysticism but alleged to have a scientific basis. Practitioners of TT claim to treat many medical conditions by using their hands to manipulate a ‘human energy field’ perceptible above the patient's skin.

“Practitioners of TT were asked to state whether the investigator's unseen hand hovered above their right hand or their left hand. To show the validity of TT theory, the practitioners should have been able to locate the investigator's hand 100% of the time. A score of 50% would be expected through chance alone.

“Practitioners of TT identified the correct hand in only 123 (44%) of 280 trials, which is close to what would be expected for random chance. There was no significant correlation between the practitioner's score and length of experience. The statistical power of this experiment was sufficient to conclude that if TT practitioners could reliably detect a human energy field, the study would have demonstrated this.

“Twenty-one experienced TT practitioners were unable to detect the investigator's ‘energy field.’ Their failure to substantiate TT's most fundamental claim is un-refuted evidence that the claims of TT are groundless and that further professional use is unjustified.”

Only ONE person out of 40,000 had the courage to be tested to prove the authenticity of “human energy fields”:

“Practitioners of Therapeutic Touch (TT) are generally reluctant to be tested by people who are not proponents. In 1996, the James Randi Educational Foundation offered $742,000 to anyone who could demonstrate an ability to detect a ‘human energy field’ (HEF) under conditions similar to those of our study. Although more than 40,000 American practitioners claim to have such an ability, only 1 person attempted the demonstration. She failed, and the offer, now more than $1.1 million, has had no further volunteers despite extensive recruiting efforts.”

Reiki and Therapeutic Touch con artists rely on the placebo affect for any alleged “benefits”:

“When it comes to therapies that claim to alleviate your pain or elevate your mood, never underestimate the power of your own expectations. Your mind plays a major role in how Reiki treatments affect you. We all want to believe that there is an amazing treatment out there that will help us feel and function better; fortunately, thanks to the poorly understood phenomenon of the placebo effect, we do sometimes, but only for a while, benefit even from the most bogus intervention. Essentially, we fool ourselves into thinking that Reiki works. After all, you’ve just spent a lot of money on this treatment. Patients also often wish to please their therapist by claiming immediate relief – that is the most obvious evidence for the placebo effect.”

There are numerous sham “scientific” journals that will publish any “research” as long as the fabricator pays a hefty amount for publication:

“In defense of their profits, purveyors of this pseudoscience will always point to articles published in poorly-rated journals that require the authors to pay high prices for ‘publication’ on the internet. We call these predator journals and they will publish literally anything at all. Libraries will never bother buying a hardcopy of these journals. The authors of articles about Reiki also usually, rather foolishly, acknowledge their devotion to the wisdom of their Reiki master, a practice that you will never witness in real scientific journals.”

Reiki and Therapeutic Touch practitioners use the exact same deceptive methods as all other purveyors of alternative medicine:

“How do we account for the popularity of no-touch therapies, which don’t have much to offer, not even the tactile luxury of a good massage? Other than the enthusiasm of belief, they probably owes quite a lot to the simple pleasure of being paid attention to, reinforced by autonomous sensory meridian response (ASMR), a distinctive pulse of euphoria with tingling over the upper body — inevitably interpreted as ‘feeling the energy’ by eager customers.

“ASMR is an odd bit of sensory sorcery triggered by attentiveness, a soft voice, quiet and repetitive actions, and interesting and gentle tactile stimulation (especially around the head). It isn’t well understood, but it’s probably a sensory reward for grooming behaviour (in the same way that orgasms are an evolutionary incentive to reproduce). It’s motivating, in other words.

“To me, a Reiki session looks like an ASMR-generating ritual with a New Age paint job — satisfaction guaranteed not by spooky healing powers, but by primate neurology. The ASMR is not only inherently pleasing, but artfully reinforces the vitalistic story the practitioner is telling.”

Thousands of self-appointed “health-care professionals” across the US and Canada have bought expensive “energy field” devices and dupe patients by misdiagnosing diseases and draining their bank accounts:

“A Seattle Times investigation has uncovered a global network of manufacturers who sell unproven devices, and practitioners who prey on unsuspecting patients. Capitalizing on weak government oversight, they have used these devices — some illegal, others potentially dangerous — to drain patients’ bank accounts, misdiagnose diseases, and divert critically ill people from life-saving care.

“These victims are casualties in the growing field called ‘energy medicine’ — alternative therapies based on the belief that the body has energy fields that can be manipulated to improve health. Energy devices range from handheld machines the size of television remotes to behemoth machines that weigh hundreds of pounds, with costs ranging from $1,200 to $55,000......

“Many energy-medicine operators dupe the public by posing as highly trained health-care professionals through the use of deceptive credentials and unaccredited degrees. Some of the largest and seemingly independent credentialing organizations are in fact controlled by two men who run competing mail-order operations.......

“In the past decade, the machines exploded into the mainstream, fueled by the Internet, which quickly and cheaply reached prospective buyers and patients. Today, dozens of energy-device manufacturers present flashy Web sites with video testimonials and fake science. ‘The message itself has stayed the same for centuries: ‘This is the cure that I discovered and it’s backed with testimonials from lots of people snatched from the grave by using it,’’ said James Whorton, professor of medical history at the University of Washington’s School of Medicine.”

When there is zero evidence, one can always revert to political correctness as well as craft a new religion:

“In their attempt to create a non-disproveable theory of Therapeutic Touch (TT), they have instead created a religion; and they expect nurses to believe on faith that this method works despite its lack of scientific credibility. Their fundamentalist stance encourages disdain for science and rationalism, and betrays the basic tenets of modern nursing. They have used their positions of power in the nursing profession to spread their religion, and have craftily used the political dynamics of the late 20th century to stage their holy war as a post-modern feminist cause, rather than a treatment intervention whose effectiveness can be determined scientifically.

“Early in the Colorado State University investigation, the panel heard testimony from the school of nursing that a negative finding on TT would be viewed as male-dominated medical imperialism against female-dominated nursing. They warned the committee that nurses would not sit still for one more instance of men attempting to keep women in their place, this time denying women the all-important opportunity to be ‘healers.’  The goal is to keep the discussion out of the realm of science, where a measure of validity and proof of efficacy could be determined, and plant it firmly in the realm of politics and belief. We should not accept this subterfuge.”

I Was a New-Age Healer. Then I Realized I Wasn’t the One Doing the Healing https://www.christianitytoday.com/ct/2020/may-june/nicole-watt-reiki-master-new-age-healing.html