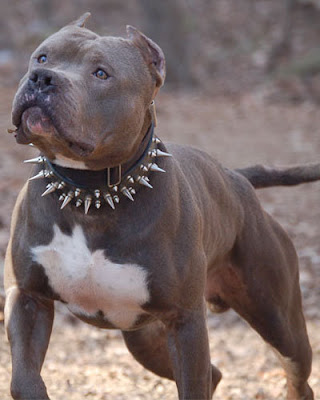 In 2012 I had no idea the bull terrier I had selected for the masthead of this blog may or may not be as good a “buddy” as I then assumed. The pit bull debate is very polarizing, with both sides digging in and seizing into their viewpoint with such ferocity and tenacity that a “break stick” may be needed to loosen up opinions. Two clarifications are needed to dispel some of the confusion in regards to this issue:


1) Any pit bull ban would be grandfathered in. This means that fears of a family member being taken away would be unfounded. The ban would apply entirely to future lethal dogs, dogs which owners have never met or formed an emotional attachment with.

2) Arguments that there is no scientific consensus as to what exactly a pit bull is, and that would therefore nullify a reason for bans, are a red herring. An intelligent, reasonable ban would include the top five most dangerous breeds. This would therefore include Rottweilers.


“Pit bulls make up only 6% of the dog population, but they’re responsible for 68% of dog attacks and 52% of dog-related deaths since 1982, according to research compiled by Merritt Clifton, editor of Animals 24-7, an animal-news organization that focuses on humane work and animal-cruelty prevention.....”

“Another report published in the April 2011 issue of Annals of Surgery found that one person is killed by a pit bull every 14 days, two people are injured by a pit bull every day, and young children are especially at risk. The report concludes that ‘these breeds should be regulated in the same way in which other dangerous species, such as leopards, are regulated.’ That report was shared with TIME by PETA, the world’s largest animal-rights organization......”

“As pit-bull attacks become more and more common, they’re getting increasing attention on social media, but not always in support of the wounded children. In March, a Facebook petition to save Mickey, a dangerous pit bull in Phoenix, got over 70,000 likes. Mickey was facing euthanasia for mauling 4-year-old Kevin Vincente so badly that he cracked his jaw, eye socket and cheekbone. Kevin is facing months of reconstructive surgery, but more people were concerned with saving the dog than helping the boy. Mickey’s Facebook page has now become a social-media landing page to save other dogs that are considered dangerous. ........”

“Even PETA, the largest animal-rights organization in the world, supports breed-specific sterilization for pit bulls. ‘Pit bulls are a breed-specific problem, so it seems reasonable to target them,’ said Daphna Nachminovitch, PETA’s senior vice president of cruelty investigations. ‘The public is misled to believe that pit bulls are like any other dog. And they just aren’t.’ Even the ASPCA acknowledges on its website that pit bulls are genetically different than other dogs. ‘Pit bulls have been bred to behave differently during a fight,’ it says. ‘They may not give warning before becoming aggressive, and they’re less likely to back down when clashing with an opponent.’”

Pediatric dog bite injuries: a 5-year review of the experience at the Children's Hospital of Philadelphia

“CONCLUSIONS: Attacks by pit bulls are associated with higher morbidity rates, higher hospital charges, and a higher risk of death than are attacks by other breeds of dogs. Strict regulation of pit bulls may substantially reduce the US mortality rates related to dog bites.”

Characteristics of 1616 Consecutive Dog Bite Injuries at a Single Institution

“Dog bite injuries remain a common form of pediatric trauma. This single-institution study of 1616 consecutive dog bite injuries over 4 years revealed a much higher prevalence of dog bites as compared with other similar centers. Though inpatient admission was rare (9.8%), 58% of all patients required laceration repair, primarily in the emergency department. Infants were more than 4 times as likely to be bitten by the family dog and more than 6 times as likely to be bitten in the head/neck region. Children ≤5 years old were 62% more likely to require repair; and 5.5% of all patients required an operation. Pit bull bites were implicated in half of all surgeries performed and over 2.5 times as likely to bite in multiple anatomic locations as compared to other breeds.”

Characteristics of Dog Bites in Arkansas

“CONCLUSIONS: The results of this retrospective review are aligned mostly with the general trends found in previous national and global studies, supporting the notion that family dogs represent a more significant threat than often is realized and that, among the breeds identified, pit bulls are proportionally linked with more severe bite injuries. Our data further validate previous studies that note an increased risk of bites and bite severity in children younger than 5 years.”

Dogs and Orthopaedic Injuries: Is There a Correlation to Breed?

“CONCLUSIONS: Thirty-nine percent of all dog-bite related emergency department visits at our facility resulted in an injury requiring orthopaedic treatment. Pit bull terrier bites were responsible for a significantly higher number of orthopaedic injuries and resulted in an amputation and/or bony injury in 66% of patients treated, while bites from law enforcement dogs and other breeds were less associated with severe injuries.”

Morbidity of pediatric dog bites: a case series at a level one pediatric trauma center

“Of 650 dog bite incidents, 282 met the criteria for inclusion in the trauma database. Median age was 5 years (range, 2 months to 17 years) and 55% (154/282) of patients were male. Pit bulls were most frequently responsible, accounting for 39% (83/213) of incidents in which dog breed was documented. Fifty-three percent (150/282) of dogs belonged to the patient's immediate or extended family. Sixty-nine percent (194/282) of patients required operative intervention: 76% laceration repairs, 14% tissue transfers, and 2% neurosurgical interventions. The most severe injuries were depressed skull fractures, intracranial hemorrhage, laryngotracheal transection, and bilateral orchiectomy. Median length of stay was 1 day (range, 0 to 25 days). There were no mortalities.”

-----“In the 13-year period of January 1, 2005 to December 31, 2017, canines killed at least 433 Americans. Pit bulls contributed to 66% of these deaths. Rottweilers, the second leading canine killer, inflicted 10% of attacks that resulted in human death. Combined, two dog breeds accounted for 76% of the total recorded deaths.”

“Each year, approximately 4.5 million people in the U.S. are bitten by dogs. While the majority of dog bites do not require medical attention, thousands of patients are treated in emergency departments (ED) and hospitals for dog bite injuries each year…….. In 2008, about 316,200 ED visits involved a dog bite, a rate of 103.9 visits per 100,000 population. Approximately 9,500 hospital stays involved a dog bite, a rate of 3.1 stays per 100,000 population. …….. The average cost of a dog bite-related hospital stay was $18,200, approximately 50 percent higher than the average injury-related hospital stay. ……. Common principal diagnoses for dog bite-related hospitalizations included skin and subcutaneous tissue infections; open wounds of extremities; open wounds of head, neck, and trunk; and fractures of upper limbs.”

Pit bulls join several other breeds on the list of dogs that are recognized as more likely to attack and cause significant injury: The Centers for Disease Control and Prevention analyzed data and found the following breeds are implicated in a majority of dog-bite fatalities:
Pit bulls
Rottweilers
German shepherds
Huskies
Wolf hybrids
Malamutes
Doberman pinschers
Chow-chows
Saint Bernards
Great Danes 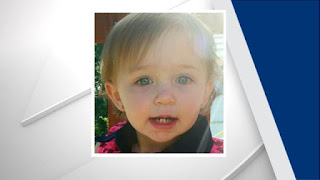 Severe Attack in Omaha: Another Beautiful Face Destroyed by a Family Pit Bull in a Multi-Pit Bull Household

Infant Killed by Family Pit Bull While Under Care of Grandmother in Miramar, Florida

Milwaukee Woman Mauled to Death by Her Dogs Over the Weekend

In 2014, more than 28,000 people underwent reconstructive surgery as a result of being bitten by dogs. See page 9, first procedure on the list.

What pit bull owners are basically saying is that they are willing to allow approximately 26 men, women and children to be violently and horrifically mauled to death every year in the U.S. just so they can get their enjoyment of owning any one of the 5 most dangerous breeds. And when they have 300 other safer breeds to choose from? And add the thousands of emotionally traumatized children whose impact can never be physically measured. The narcissism and savagery of pit bull owners and advocates can’t be overstated.

How to Care For Dogs Recovering From Surgery or an Injury
https://yourdogadvisor.com/dog-surgery/

How To Prevent Dog Bites
What to do if an unfamiliar dog approaches you and you do not want to interact with it
What to do if you are bitten or attacked by a dog
Diseases You Can Get from Dog Bites
https://www.cdc.gov/features/dog-bite-prevention/

The science of how behavior is inherited in aggressive dogs https://www.animals24-7.org/2015/11/10/the-science-of-how-behavior-is-inherited-in-aggressive-dogs/