Exposing the Deniers: 10 Quick Points On The Psychology of Vaccine Denial 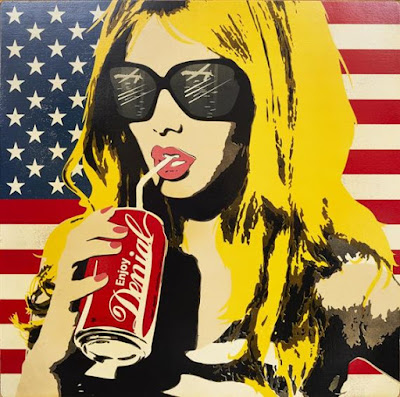 Some people really Enjoy Denial – the way it tastes, how it tickles the palate and gives an Aaaah! sense of satisfaction. Denial gives meaning and purpose, something to fight for, like Rocky against Apollo Creed. The gates of the Twilight Zone need to be walked through as the denier – the antivaxxer - enters a mystical world of distortions, logical gyrations, emotional reasoning and outright lies. Deniers sidestep the terrible body count of their actions and any possibility of guilt or conscience is just a fantasy. Below are ten quick points that expose how vaccine deniers think.

------Deniers choose to become overly fixated and intentionally horrified when they hear of a rare negative event such as a child having a seizure after getting vaccinated. They are so desperate for ammunition to support their position that they literally become apoplectic so they feel more self-assured in their position. The intense emotion is deeply ingrained in their mind and is thus easily available later on for recall.

------Deniers fall for the Confirmation Bias fallacy: “the tendency to seek out, remember, and accept information that supports what you already believe (or in a related bias – want to believe), while ignoring or explaining away disconfirming information.”

------Deniers fall for the Availability Heuristic fallacy, “which is the tendency to confuse how easy it is to think of an example of a phenomenon with how common or likely that phenomenon is. So if we can easily call to mind an anecdote of someone being harmed by a vaccine side effect, we then feel that the side effect is common.” Another good example of the Availability Heuristic fallacy is relying too much on sensational news media coverage of homicides or airline crashes, when disease and car accidents kill far, far more people. The sensational news story immediately comes to mind, while the silent events don’t come to mind.

------Deniers don’t really understand statistics, and distort any perceived statistical information to their point of view. “We tend to be risk averse and overestimate risk. We also conflate how dramatic a risk is with the probability of harm – so people worry more about shark attacks and coconuts falling on their heads, and not the risk of driving to work every day. In other words – our worry is generally not proportional to statistical probability. This leads to bad decision-making, like refusing the huge benefits of vaccines out of worry for the tiny risk of harm.”

------Deniers fall for the Perfect Solution fallacy – the medical establishment better be 100% right. Any deviation or imperfection is proof that they are fraudulent. The simple answer is that medicine never promises 100% perfection, only that vaccines are by far and away the best of any other options.

------Deniers choose to exist in their own information ecosystem. This is especially easy in the age of social media. They only read and view media that confirms their opinion and stay away from contradictory information like it’s the plague. Being proved wrong is unthinkable, a blow to the ego, and an existential threat. Facts, truth and reality are rejected and traded for hysteria, lies and emotional reasoning.

------Deniers inevitably believe in all and any conspiracies that support their belief, even when there is little or no evidence for the conspiracy. If it supports their position, it must be true, because they can’t possibly be wrong. The phrase “It’s a conspiracy!” is often used to convince otherwise open-minded people to not evaluate the overwhelming evidence for vaccines because ………. “It’s a conspiracy!” There is a global conspiracy among governments, pharmaceutical companies and medical institutions to hide the true dangers of vaccines. This kind of paranoia fuels measles and outbreaks of other diseases that kill thousands of people annually.

------Deniers are generally against authority in all aspects of their lives, not just regarding vaccines. Their personal freedoms and individualistic worldview take precedent over the health and safety of their neighbors and the rest of society. They view certain people and institutions with suspicion and will fight to the death for the preservation of their ideals. Narcissism informs their morals and standards.

------Many deniers, having forsaken evidence-based medicine, inevitably fall for snake-oil con artists and instead use alternative treatments that have no scientific evidence, only anecdotes and testimonials. The sad part is that their erroneous beliefs often lead them to quack medicine that, depending on the severity of the health issue, can seriously injure or in some cases end their lives. Wrong beliefs and choices leads to destructive behavior.

------Deniers fall for the Dunning Kruger (DK) effect: “In the normal DK effect, decreasing knowledge does correlate with decreasing self-assessment of knowledge, but the gap between the two increases as knowledge decreases. So the less you know, the more you overestimate your knowledge. However, with two topics that have been studied there is a super DK effect going on where the people who know the least actually think they know the most. These two topics are vaccines and GMOs.”

Even the thought of spending one hour debating the subject with a medical professional would terrify any antivaxxer. Deep down they know they don’t stand a chance, so they do or say anything that gives them an escape from irrefutable evidence. Dunning Kruger wrote:  “An ignorant mind is precisely not a spotless, empty vessel, but one that’s filled with the clutter of irrelevant or misleading life experiences, theories, facts, intuitions, strategies, algorithms, heuristics, metaphors, and hunches that regrettably have the look and feel of useful and accurate knowledge.”