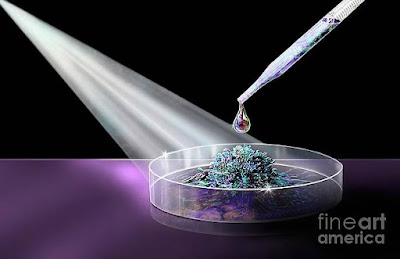 In their most recent report, the American Cancer Society outlines the decrease in mortality in several types of cancers. There is good news for the following cancers:

"In 2023, 1,958,310 new cancer cases and 609,820 cancer deaths are projected to occur in the United States. Cancer incidence increased for prostate cancer by 3% annually from 2014 through 2019 after two decades of decline, translating to an additional 99,000 new cases; otherwise, however, incidence trends were more favorable in men compared to women.

"For example, lung cancer in women decreased at one half the pace of men (1.1% vs. 2.6% annually) from 2015 through 2019, and breast and uterine corpus cancers continued to increase, as did liver cancer and melanoma, both of which stabilized in men aged 50 years and older and declined in younger men. However, a 65% drop in cervical cancer incidence during 2012 through 2019 among women in their early 20s, the first cohort to receive the human papillomavirus vaccine, foreshadows steep reductions in the burden of human papillomavirus-associated cancers, the majority of which occur in women.

"Despite the pandemic, and in contrast with other leading causes of death, the cancer death rate continued to decline from 2019 to 2020 (by 1.5%), contributing to a 33% overall reduction since 1991 and an estimated 3.8 million deaths averted. This progress increasingly reflects advances in treatment, which are particularly evident in the rapid declines in mortality (approximately 2% annually during 2016 through 2020) for leukemia, melanoma, and kidney cancer, despite stable/increasing incidence, and accelerated declines for lung cancer.

"In summary, although cancer mortality rates continue to decline, future progress may be attenuated by rising incidence for breast, prostate, and uterine corpus cancers, which also happen to have the largest racial disparities in mortality.

"The cancer mortality rate has decreased continuously since 1991, resulting in an overall drop of 33% and approximately 3.8 million cancer deaths averted. This steady progress is because of reductions in smoking; uptake of screening for breast, colorectal, and prostate cancers; and improvements in treatment, such as adjuvant chemotherapies for colon and breast cancers.

"More recently, advances in the development of targeted treatment and immunotherapy have accelerated progress in lung cancer mortality well beyond reductions in incidence and are reflected in large mortality reductions for cancers with increasing or stable incidence (leukemia, melanoma, and kidney cancer). Treatment breakthroughs have particularly improved the management of some difficult-to-treat cancers, such as non-small cell lung cancer and metastatic melanoma. Of concern are rising incidence for breast, prostate, and uterine corpus cancers, all of which have a wide racial disparity in mortality and are amenable to early detection."

The Facts On Cancer Survivorship: What The Quacks Don’t Want You To Know  http://www.mybestbuddymedia.com/2017/02/good-news-on-cancer-survivorship.html

9 Sly Methods Cancer Quacks Use To Dupe the Desperate   http://www.mybestbuddymedia.com/2018/06/9-sly-methods-cancer-quacks-use-to-dupe.html

Alcohol & Cancer: What The Booze Industry Doesn’t Want You To Know   http://www.mybestbuddymedia.com/2018/05/alcohol-cancer-what-booze-industry.html

Photo: Conceptual illustration of a cancer cell in a petri dish, with a genetic treatment being applied by a pipette. The DNA helices in the liquid in the pipette represent the genetic methods and modifications used to produce anti-cancer treatments. The beam of light represents the hope that such research will reduce the impact of cancer, one of the leading causes of death. Cancer is the abnormal and uncontrolled growth of cells. Cancerous cells have the potential to spread to other parts of the body with often fatal outcomes. There are over 100 forms of cancer that affect humans.