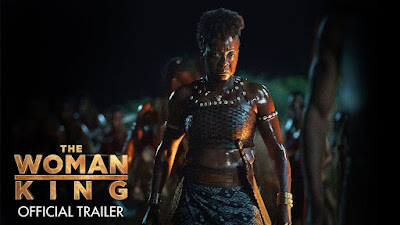 They say ignorance is bliss, but, sadly, it is more likely to cause arrogance, dubious moral superiority and the self-destructive mindset of victimhood. The number of TV dramas, documentaries, and motion pictures on the inexcusable and horrific American slave trade are almost endless. What most Americans are ignorant of is the kidnapping and selling of at minimum 25 million slaves by tribes within Africa to other tribes and to Americans, Europeans, South Americans and Arabs. A new motion picture, The Woman King, alludes to the facts of Africans enslaving their own, as well as the centuries of mass killings between warring tribes. This has spawned numerous historical articles across all media, conservative and liberal, exposing the violence and evil of slavery within the continent, surprising many Americans who were blissfully ignorant of its history.

The movie dramatizes events that took place in the kingdom of Dahomey.  African historians agree on the essential details, some of which are within the film, most are not:

"The kingdom of Dahomey’s origins can be traced to the 17th century. But its expansion started in the 18th century, during the most intense period of the Atlantic slave trade. In 1727, Dahomey conquered the Kingdom of Hueda, who lived along the coast, and took control of the port city of Ouidah, inaugurating its active participation in the Atlantic slave trade. Historians estimated that nearly one million enslaved Africans were put on ships to the Americas in Ouidah between 1659 and 1863. The port was the second largest supplier of African captives to the trade, behind only Luanda, in today’s Angola.

"King Gezo came to power in 1818, following a coup d’état against his half-brother King Adandozan. In 1823, when the film’s action takes place, the British had already abolished their slave trade, and were putting pressure on West African states and European and American countries such as Portugal, Spain, and Brazil to end their own. Brazil had declared independence from Portugal in 1822, but continued actively importing enslaved Africans, including from Ouidah."

The brutality of tribal warfare:

"The first scene of the movie shows one of the raids led by the Dahomean army. The Agodjie attack a village. In the movie, the women soldiers kill the men and spare the women. In reality, more probably, the soldiers of the Dahomean army (both women and men) would take the healthy, younger villagers as prisoners and walk them to Dahomey’s capital, Abomey. The film quickly suggests the various possible fates of these prisoners, by showing that some could be kept in slavery locally, others could be offered in human sacrifices to honor Dahomean deities, and most would be transported to the coast, where they would be sold, and board slave ships sailing to the Americas, especially Brazil."

The spoils of war:

"The more powerful Dahomean army was often the one that attacked the Mahi. King Gezo and his predecessors led several incursions against the Mahi during the 18th and 19th centuries. King Adandozan, Gezo’s half-brother, who preceded him as the king of Dahomey from 1797 to 1818, narrated one of these wars in 1810, in correspondence addressed to the ruler of Portugal. In the missive, he tells in detail how his army killed the Mahi king and his subjects, including women. Most prisoners who escaped alive from these bloody battles were sold and sent into slavery to the Americas, especially Brazil."

No end to the historical inaccuracies in Hollywood films:

"Some of these captives were sold into slavery in the United States, as well. Take the example of Oluale Kossola (alias Cudjo Kazoola Lewis), whose village Banté (north of Abomey) was raided by the Dahomean army in 1859. With 109 other captives, Kossola was sent into slavery to Alabama on board the slave ship Clotilda, considered to be the last slave ship to land in the United States. The Woman King depicts Dahomey as the good guys, while the Kingdom of Oyo, the Mahi, and the Portuguese and the Brazilians are portrayed as the bad guys. But in reality, both Oyo and Dahomey sold into slavery the captives they made in the wars they waged during the 19th century.

"Any historical fiction is going to have its inaccuracies. The Woman King, a movie that is, in many ways, a pleasure to watch, depicts the Dahomean female fighters as powerful warriors, a (historically correct!) image that, in the era of Black Lives Matter, speaks positively to Black women who, all over the globe, have been fighting racism and white supremacy. But portraying Dahomey’s rulers and soldiers as pioneers of Pan-Africanism, who fought to end the inhumane slave trade, misleads audiences who might know little of African history and sells short the descendants of enslaved Africans who remained in West African soil or who were forcibly sent to the Americas. As one Agodjie from the Mahi country says in the film, she chose to be 'hunter, not prey.' But, unlike their rulers, most African men and women were left with no choice, during the era of the Atlantic slave trade."

The Woman King Softens the Truth of the Slave Trade: The Dahomey had fierce female fighters. They also sold people overseas https://slate.com/culture/2022/09/woman-king-movie-true-story-dahomey-amazons-slave-trade.html

Who was in control?

"(Africa) had remained mostly free to govern itself. Europeans were kept away by a variety of factors, many of them environmental, including Africa’s paucity of natural harbors and navigable rivers, the potent strain of malaria that made sub-Saharan Africa 'the white man’s grave,' and the tsetse fly that made it impossible to import horses and other beasts of burden ...... As the 1850s dawned, most of the people and territory of sub-Saharan Africa were still governed by Africans. There were exceptions, such as the British and Boer areas of modern South Africa south of the Zambesi, and the small freed-slave enclaves of Liberia and Sierra Leone. But outside of those footholds, European possessions were mostly just ports on the coast for ships to refuel and provision."

"Throughout its history, the trans-Atlantic slave trade was truly a trade: A voluntary exchange in which African kings and merchants engaged for their own perceived benefit. Virtually all of the nearly 25 million Africans sold into slavery down through the centuries — roughly half of them in the Atlantic slave trade — were taken and sold by fellow Africans. The influence of that trade on African politics was indirect, the result of choices by slave-raiding states within Africa."

"Dahomey’s frosty relations with the British were no accident. Britain banned the trans-oceanic slave trade in 1807 (the same year it was banned by the United States), and in 1833 banned whites from owning slaves anywhere in the British Empire. A more gradual campaign to end the legal protection enjoyed by natives of British possessions who engaged in slavery followed. At the same time, Britain used its dominance of the seas to coerce various other powers into pledging to abolish the slave trade. Portugal (1815 and 1836), Spain (1817), and Brazil (1826) all signed treaties with Britain agreeing to abandon the trade in full or in part. Portuguese traders remained, in spite of their nation’s treaty, the chief exporters of slaves from West Africa into the 1850s. In 1850, Britain compelled the end of the slave trade in Brazil by threatening the Brazilians with naval force, cutting off one of the last major markets for slaves in the Western Hemisphere......

"Between 1841 and 53, Britain convinced 65 African chiefs to sign agreements ending the slave trade. Those agreements, along with technological improvements in steam-powered gunboats and malaria treatments, laid the groundwork for Britain’s turn towards an African colonial empire, and with it, a wider European scramble to colonize Africa."

The sad truth about Dahomey:

"(Slave-trading) was central to Dahomey’s government revenue, and to its political and military organization. In 1849, it was estimated that King Gezo earned around $300,000 per year from $5/head duties on slave exports — an astounding figure at the time, especially for a comparatively small country. Some historians have argued that the religious importance of human sacrifice in Dahomey outweighed the economic importance of capturing slaves, but either way, neighboring Africans were treated by Dahomey for centuries as game to be hunted......

"(Dahomey) acted, all the way to the end of its independent existence, as a brutal oppressor of other African peoples — with the Amazons as eager participants. Dahomey was not an African state that desired only to be left alone and preserve its traditional culture; its entire government and society were built around capturing slaves to sell to Europeans, and this had been true as far back as the early 1700s. Nor were the Amazons a defensive military force until the very end; their chief function for most of their existence was to capture and enslave free Africans."

An African country reckons with its history of selling slaves https://www.washingtonpost.com/world/africa/an-african-country-reckons-with-its-history-of-selling-slaves/2018/01/29/5234f5aa-ff9a-11e7-86b9-8908743c79dd_story.html

The West Didn’t Steal Its Way to Wealth https://www.nationalreview.com/magazine/2021/12/27/the-west-didnt-steal-its-way-to-wealth/

History of Slavery in the Muslim world https://en.wikipedia.org/wiki/History_of_slavery_in_the_Muslim_world

Exposing the Hate and Hypocrisy in the War on the West https://www.mybestbuddymedia.com/2022/06/exposing-hate-and-hypocrisy-in-war-on.html