Exposing the Blatant HATE and RACISM Against Black Conservatives 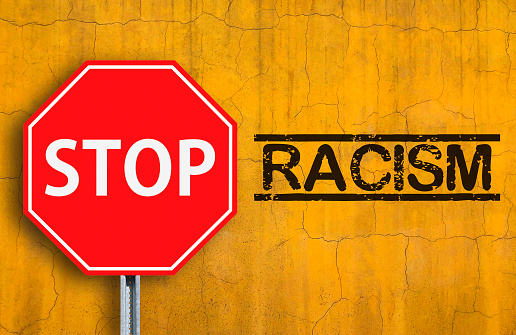 My values are 100% conservative, but I can't agree with Donald Trump as the leader, in the past or the future. He has absolutely no moral authority to lead the Republican Party and all conservatives. The number of his vices and sins have no end. A new, moral leader needs to be found. What I object to is the blatant hate many Black and white liberals have for Black conservatives. They say they believe in freedom of speech, thought, and belief, until you disagree with them. Then they don't. Their hypocrisy is breathtaking. All they are doing is dividing people even more and driving more people toward Trump. They are his biggest supporters without realizing it. Below are just a few examples of the hate.

Two Black conservatives at a debate:

----"For me, it started with my high school friends. Everybody was unfriending me on Facebook because I was talking about the Trump election. I went to the Inauguration and all of that. Then it trickled down to my family. Aunts won't speak to me because 'I wanna be white'.

"I get this stigma all the time: 'You wanna be white and you wanna move to New York City. You up there with the big city folk. It's as if when I speak about what I want to speak of it's only because I want to be white. That is so farfetched from the truth. I've been called a Bed Wench. I mean I'm talking about my Black brothers; they talk about Black Queens and stuff like that. But the moment I don't agree with nothing they are talking about, now I'm a Bed Wench. To be honest with you, nobody is Boss enough to say this to my face. They're not gonna. All this is social media. It's been nothing but hatred.

"Even when I deal with liberals who may have their mindset, the way they think, I'm not going to disrespect them and call them all types of names. I get all that flack and disrespect. Because I 'wanna be white' this is what I get."

---"I didn't see true racism in this country until I became a conservative. I've seen hate speech. The Left like to talk about hate so much. I saw true hate coming from the Left. People calling me Uncle Tom. White people telling me I'm not Black enough. Which is racist. When you call them out on it, say they are not racist, 'No, I'm not.' That's how racist the Left still is.

"My aunts don't talk to me anymore. I have high school friends since childhood who don't talk to me. Unfriend me. And a lot of white friends as well. Not just Black friends - people on the Left. They just have that hate in their hearts."

Black conservatives Antonia Okafor and Shekinah Geist on people's reactions to their beliefs:

---"It was horrible. The one part that I was impacted most by were the people around me. For my sister to say 'You're a traitor.' A traitor to my race."

---"I definitely got backlash .. Most of them (friends) said they couldn't imagine me supporting someone like Donald Trump. We just kind of quit being friends. It wasn't necessarily uncivil. We just quit talking to each other .. It was initially the shock. Just not expecting people to message me. And say things to me. I lost my race card. That I wasn't Black anymore. That I was an Uncle Tom. That I was a sellout. That I was just trying to make money, trying to get attention, trying to seek acceptance from white people. A lot of people said that my family was brainwashing me. And that really bothered me."

On the other side of the pond --- Headteacher Katharine Birbalsingh accuses 'woke cultural racism' for 'mercilessly attacking' black conservatives who 'betray their leftist masters by daring to think for themselves'  https://www.dailymail.co.uk/news/article-9434715/Headteacher-accuses-woke-cultural-racism-attacking-black-Conservatives.html

Short and Sweet: The Final and Only Word Needed On Critical Race Theory https://www.mybestbuddymedia.com/2022/05/short-and-sweet-final-and-only-word.html