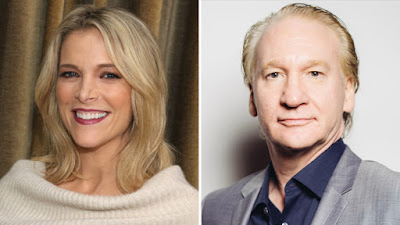 Liberal left wing talk show host and political commentator Bill Maher is one of the few in the media who criticizes both the right and the left almost equally. In an interview with the New York Times, he reveals the causes and motives of people who voice irrational and intolerant politically correct objections:

“(The) people on Twitter are the people who control the media a lot. They’re the millennials who probably grew up with helicopter parents who afforded them a sense of entitlement. They are certainly more fragile than previous generations. Trigger warnings. Safe spaces. Crying rooms. Microaggressions. That crowd feels like anything that upsets their tender sensibilities is completely out of line.”


Today many young people believe they “should not have to endure even the slightest measure of discomfort.” For the politically correct, it’s all about feelings and flavor-of-the-day standards. Maher wants Democrats to sideline the Twitter mob and the so-called “ultrawoke”. He was never asleep so there is no need for the condescending attitude of telling people to wake up:

“And I don’t like the term ‘woke,’ because it implies I am asleep. I was woke before some of these people were born. I grew up in a household with two liberal parents who were ahead of their time. My father and mother told me about civil rights. I knew what the right thing was. The difference is that liberals protect people, and P.C. people protect feelings. They don’t do anything. They’re pointing at other people who are somehow falling short of their standards, which could have changed three weeks ago. They’re constantly moving the goalposts so they can go, ‘Gotcha!’”


Maher is alarmed by the uncompromising dogma of many on the left:

“Everyone fears the wrath of the Twitter mob and the social justice warriors and the P.C. police. Religions always talk about the one true religion. Now on the left we have the one true opinion. If you go against that, you do so at your peril. That’s why the air on the left is becoming stale. I railed for years against the Fox News bubble, and that is as strong as ever, but I didn’t think it would get this bad on the left.”

“Bill Maher defended Megyn Kelly when she appeared on his show for the first time, blaming ‘cancel culture’ and the ‘woke’ left for her being dropped from NBC.

Maher: "This is one reason why Trump got elected, because people hate political correctness so much that they'll even take it in the mouth of a werewolf when he's not politically correct."

Kelly: "My own take on it is the country's going through something right now. Marginalized people are rising up and trying to find positions at the table. The difference is, how do you do it? Do we do it with grace and humanity and understanding that people make mistakes? We can't expect a perfect score of any person."

“The former Fox News journalist added that younger generations have always enlightened older generations but that ‘canceling’ older mindsets went too far. ‘If that was the case, we wouldn't have had an Obama second term,’ she said, adding the former President Barack Obama wasn't initially in support of gay marriage. ‘I think we have to come to a place where we talk to each other again.’"

-----“Skinny eyebrows were called ‘cultural appropriation.’ According to a 2018 article in Marie Claire, tweezing your eyebrows to make them very thin is ‘cultural appropriation’ unless you’re a Latina. Interestingly enough, the author of the article later went on to contradict her own thesis by writing that she knows that ‘skinny brows were not created or exclusively owned by the Latina community.’”

---- “Long, adorned nails were deemed ‘cultural appropriation.’ Vogue was accused of cultural appropriation for an online article on ‘Manicure Sculptures.’ Basically, the complaint was that long, adorned nails belong to ‘black culture’ — even though the fact is that this nail style was popular way further back in history, such as in ancient China.”

---- “A campus survey included a trigger warning to caution college students that it may contain ‘anatomical names of body parts.’ The survey was distributed at several major universities — because, apparently, college students just might not be able to handle the kinds of words that most kids hear in their middle-school biology classes.”

---- “College students decided against bringing a camel to school for a ‘Hump Day’ event, due to concerns about racism. Students at the University of St. Thomas in Minnesota were worried that the presence of a camel might offend Middle Eastern students.”

---- “Evergreen State University told professors to take student protesters’ feelings into account when grading them. Apparently, their ‘emotional commitment’ to protesting should be taken into account when evaluating their academic work. (Apparently, grading classwork based on, you know, classwork would be too insensitive.)”

---- “A lot of college kids were upset about The Vagina Monologues. Several colleges and universities either canceled or adapted performances of The Vagina Monologues over concerns about excluding women without vaginas. One school, Southwestern University in Texas, canceled theirs for another reason: because a white lady wrote it.”

Never use the word “America” or “American”

“Colorado State University’s Inclusive Language Guide instructs students to avoid using the words ‘America’ and ‘American,’ because doing so ‘erases other cultures.’ ‘The Americas encompass a lot more than the United States,’ the guide states. ‘There is South America, Central America, Mexico, Canada, and the Caribbean just to name a few of 42 countries in total.’

“Speaking of things I highly doubt, I actually outright reject that simply using the word ‘America’ or ‘American’ actually has the power to erase another culture. Everyone who’s older than five understands that ‘the Americas’ encompass more than just the United States, and using the word ‘America’ to describe the United States doesn’t just erase those cultures. I have never once, for example, asked for ‘American cheese’ on my egg sandwich and had that cause me to totally forget that Mexico and Canada exist. In fact, I will go as far as to say that I don’t think that my use of the word has itself caused even the slightest amount of harm to even a single other country.

“The truth is, ‘America’ is just what we call ourselves, and people who live here understand that fact. It’s a common reference; our language has lots of them. As long as everyone understands what a person means when they use a certain word (and understand that that person is not using it in a derogatory way), then I think that it should be totally acceptable to use it. That’s the whole goal of language, after all, to communicate, and I just don’t see the point of removing any of it when it’s not actually causing harm.”

How Puppet Master Trump Manipulates and Controls the Left https://www.mybestbuddymedia.com/2018/11/how-puppet-master-trump-manipulates-and.html