Homeopathy Felled In One Blow By Simple Arithmetic 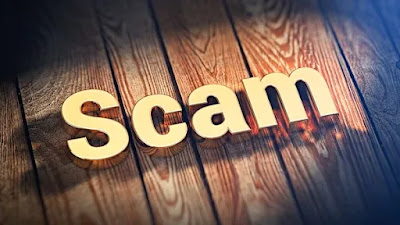 Homeopathy is clever snake-oil at its finest, making it more of a cult with no legitimate supporting evidence whatsoever. When the victim is fooled into believing lies, and enough time has gone by, then the person's pride and ego comes into play, and he/she cannot admit they are wrong. The con artists who hawk this alternative "medicine" know they can deceive people because many have no knowledge whatsoever of critical thinking, evaluating evidence and basic scientific principles. Most people are completely unaware of the devious tactics alternative medicine practitioners use to deceive. The world is a playground of unsuspecting victims waiting to be taken.

Simple arithmetic completely destroys homeopathy's mind-bogglingly extravagant and exaggerated claims. The very foundation of homeopathy is the Principle of Dilution. Homeopathic labs dilute the alleged "cure" substance to such an insane degree that there is barely a molecule left of the original substance. There is essentially nothing, and nothing cannot cure.

"Homeopathic products are made from minerals, botanical substances, and several other sources. If the original substance is soluble, one part is diluted with either nine or ninety-nine parts of distilled water and/or alcohol and shaken vigorously (succussed); if insoluble, it is finely ground and pulverized in similar proportions with powdered lactose (milk sugar). One part of the diluted medicine is then further diluted, and the process is repeated until the desired concentration is reached. Dilutions of 1 to 10 are designated by the Roman numeral X (1X = 1/10, 3X = 1/1,000, 6X = 1/1,000,000). Similarly, dilutions of 1 to 100 are designated by the Roman numeral C (1C = 1/100, 3C = 1/1,000,000, and so on). Most remedies today range from 6X to 30X, but products of 30C or more are marketed.

"Oscillococcinum, a 200C product 'for the relief of colds and flu-like symptoms,' involves 'dilutions' that are even more far-fetched. Its 'active ingredient' is prepared by incubating small amounts of a freshly killed duck’s liver and heart for 40 days. The resultant solution is then filtered, freeze-dried, rehydrated, repeatedly diluted, and impregnated into sugar granules. If a single molecule of the duck’s heart or liver were to survive the dilution, its concentration would be 1 in 100200. This huge number, which has 400 zeroes, is vastly greater than the estimated number of molecules in the universe (about one googol, which is a 1 followed by 100 zeroes)........

"Actually, the laws of chemistry state that there is a limit to the dilution that can be made without losing the original substance altogether. This limit, which is related to Avogadro’s number, corresponds to homeopathic potencies of 12C or 24X (1 part in 1024). Hahnemann himself realized that there is virtually no chance that even one molecule of original substance would remain after extreme dilutions. But he believed that the vigorous shaking or pulverizing with each step of dilution leaves behind a 'spirit-like' essence—'no longer perceptible to the senses'—which cures by reviving the body’s 'vital force.'

"Modern proponents assert that even when the last molecule is gone, a memory of the substance is retained. This notion is unsubstantiated. Moreover, if it were true, every substance encountered by a molecule of water might imprint an essence that could exert powerful (and unpredictable) medicinal effects when ingested by a person."

17 Concise Reasons Why Homeopathy is a Fraud   http://www.mybestbuddymedia.com/2013/10/17-concise-reasons-why-homeopathy-is.html

8 Reasons Why Homeopathy Is A Cult  http://www.mybestbuddymedia.com/2018/01/8-reasons-why-homeopathy-is-cult.html

Snake-Oil Quacks Now Use The Placebo Effect To Prey On Even More People https://www.mybestbuddymedia.com/2022/03/snake-oil-quacks-now-use-placebo-effect.html