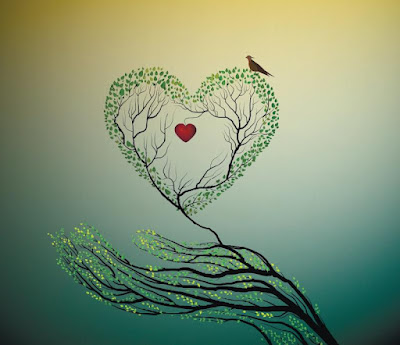 At least 6 million Americans adults have suffered the effects of heart failure. Thirty per cent use complementary and alternative medicines (CAM) to treat and help alleviate the symptoms. Numerous scientific studies have found there are serious dangers to the patient for the majority of CAM treatments used. There have been a few benefits for the intake of omega-3 polyunsaturated fatty acids. The following are new findings from the American Heart Association and its peer-reviewed journal Circulation.

“These products are not federally regulated, and they are available to consumers without having to demonstrate efficacy or safety to meet the same standards as prescription medications. People rarely tell their health care team about their use of supplements or other alternative therapies unless specifically asked, and they may not be aware of the possibility of interactions with prescription medicines or other effects on their health. The combination of unregulated, readily accessible therapies and the lack of patient disclosure creates significant potential for harm.“

Omega-3 polyunsaturated fatty acids (PUFA, fish oil) "have the strongest evidence among complementary and alternative agents for clinical benefit in people with heart failure and may be used safely, in moderation, in consultation with their health care team. Omega-3 PUFA is associated with a lower risk of developing heart failure and, for those who already have heart failure, improvements in the heart’s pumping ability."

The herbal supplement blue cohosh, "from the root of a flowering plant found in hardwood forests, might cause a fast heart rate called tachycardia, high blood pressure, chest pain and may increase blood glucose. It may also decrease the effect of medications taken to treat high blood pressure and Type 2 diabetes."

Lily of the valley, "the root, stems and flower of which are used in supplements, has long been used in mild heart failure because it contains active chemicals similar to, but less potent than, the heart failure medicine digoxin. It may be harmful when taken with digoxin by causing very low potassium levels, a condition known as hypokalemia. Lily of the valley also may cause irregular heartbeat, confusion and tiredness."

Routine thiamine supplementation "isn’t shown to be effective for heart failure treatment unless someone has this specific nutrient deficiency."

Research on alcohol varies, "with some data showing that drinking low-to-moderate amounts (1 to 2 drinks per day) is associated with preventing heart failure, while habitual drinking or intake of higher amounts is toxic to the heart muscle and known to contribute to heart failure."

There are mixed findings about vitamin E. "It may have some benefit in reducing the risk of heart failure with preserved ejection fraction, a type of heart failure in which the left ventricle is unable to properly fill with blood between heartbeats. However, it has also been associated with an increased risk of hospitalization in people with heart failure."

Co-Q10, or coenzyme Q10, "is an antioxidant found in small amounts in organ meats, oily fish and soybean oil, and commonly taken as a dietary supplement. Small studies show it may help improve heart failure class, symptoms and quality of life, however, it may interact with blood pressure lowering and anti-clotting medicines. Larger trials are needed to better understand its effects."

Hawthorn, a flowering shrub, "has been shown in some studies to increase exercise tolerance and improve heart failure symptoms such as fatigue. Yet it also has the potential to worsen heart failure, and there is conflicting research about whether it interacts with digoxin."

The Facts on Cancer Survivorship: What the Quacks Don’t Want You to Know http://www.mybestbuddymedia.com/2017/02/good-news-on-cancer-survivorship.html