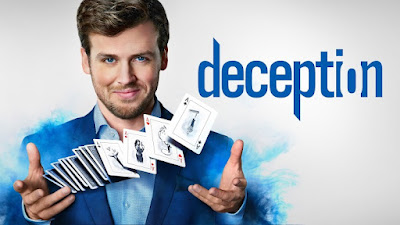 You have to give them credit, snake-oil practitioners of alternative medicine excel at deviously getting around all the solid, scientific, irrefutable attempts at exposing their house of cards. Since most people have no concept of critical thinking - thankyou educational system! - many are easy prey to these sly smooth-talkers. The "healers" who separate people from their money have the burden of proof to support their bogus claims. This is basic science and common sense:

Alternative medicine con-artists cleverly position their dogma so that it cannot be disproven. Here are their 4 primary ways.

"Claims based on personal preferences, opinions, values, ethics, morals, feelings, and judgments. For example, I may believe that cats make the best pets and that healthcare is a basic human right, but neither of these beliefs is falsifiable no matter how many facts or pieces of evidence I use to justify them."

"Claims that invoke entities such as gods and spirits, vague energies and forces, and magical human abilities such as psychic powers. By definition, the supernatural is above and beyond what is natural and observable and therefore isn’t falsifiable. This doesn’t mean these claims are necessarily false (or true!) but that there is no way to collect evidence to test them. For example, so-called 'energy medicine,' such as reiki and acupuncture, is based on the claim that illnesses are caused by out-of-balance energy fields that can be adjusted to restore health. However, these energy fields cannot be detected and do not correspond to any known forms of energy."

"Claims that are undefined, indefinite, or unclear. Your horoscope for today says, 'Today is a good day to dream. Avoid making any important decisions. The energy of the day might bring new people into your life.' Because this horoscope uses ambiguous and vague terms ....... it doesn’t make any specific, measurable predictions. Even more, because it’s open to interpretation, you could convince yourself that it matches what happened to you during the day, especially if you spent the day searching for 'evidence.' Due to legal restrictions, many alternative medicine claims are purposefully vague. For example, a supplement bottle says it 'strengthens the immune system' or a chiropractic advertisement claims it 'reduces fatigue.' While these sweeping claims are essentially meaningless because of their ambiguity, consumers often misinterpret them and wrongly conclude that the products are efficacious."

"These entail rationalizing and making excuses to explain away observations that might disprove the claim. While the three types of claims described thus far are inherently unfalsifiable, sometimes we protect false beliefs by finding ways to make them unfalsifiable. We do this by making excuses, moving the goalposts, discounting sources or denying evidence, or proclaiming that it’s our 'opinion.'

"For example, a psychic may dismiss an inaccurate reading by proclaiming her energy levels were low, or an acupuncturist might excuse an ineffective treatment by claiming the needles weren’t placed properly along the patient’s meridians. Conspiracy theorists are masters at immunizing their beliefs against falsification by claiming that supportive evidence was covered up and contradictory evidence was planted."

A Life Preserver for Staying Afloat in a Sea of Misinformation https://skepticalinquirer.org/2022/02/a-life-preserver-for-staying-afloat-in-a-sea-of-misinformation/

Snake-Oil Quacks Now Use The Placebo Effect To Prey On Even More People https://www.mybestbuddymedia.com/2022/03/snake-oil-quacks-now-use-placebo-effect.html

The Uncomfortable Truth & Harsh Reality Of UNCERTAINTY in Medicine ……. https://www.mybestbuddymedia.com/2021/09/the-uncomfortable-truth-harsh-reality.html